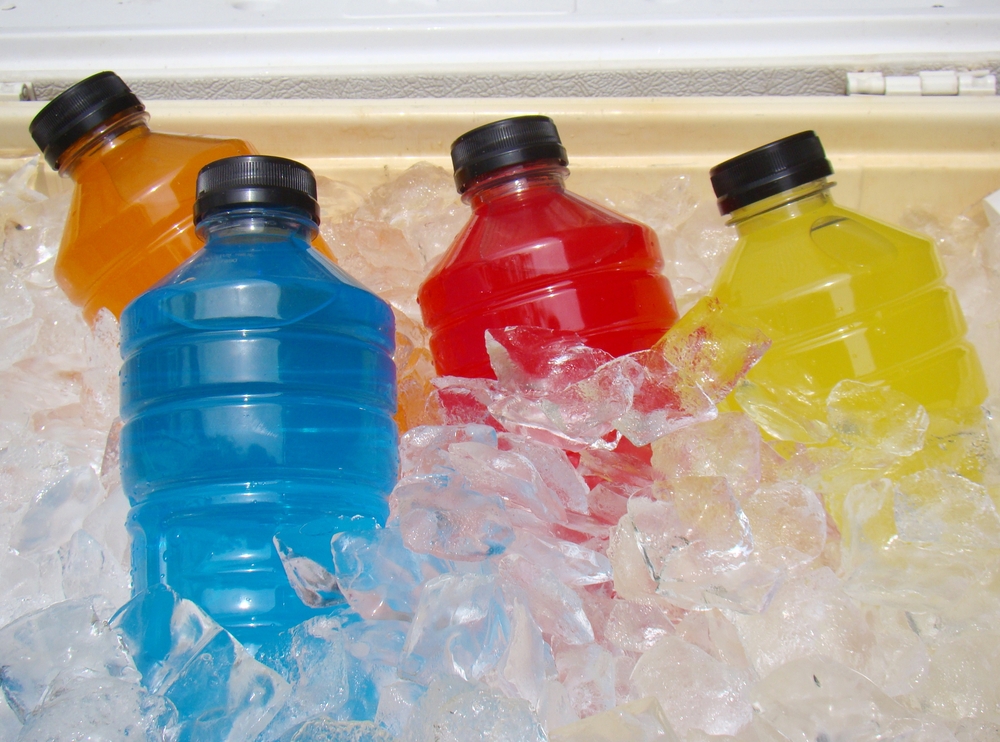 The discovery that sugar and salt are absorbed together in the small intestine “was potentially the most important medical advance this century. (ShutterStock)
Supplements

Sports Drinks Are Neither Safe Nor Effective

Commercial influences may have corrupted the American College of Sports Medicine’s hydration guidelines.

If you had to name the greatest medical advance over the past two centuries, what would you pick? Smallpox vaccine jumped to my mind, then I remembered it was discovered back in the 1700s. The British Medical Journal compiled a list of 15 contenders, but which would take the crown? Would it be anesthesia, which makes it possible to be asleep during surgery? Would it be antibiotics? Another strong choice. One of the 15 contenders may surprise you, though: the medical marvel of water with sugar and salt.

The discovery that sugar and salt are absorbed together in the small intestine “was potentially the most important medical advance this century. It opened the way to oral rehydration treatment for severe diarrhea—the main cause of infant death in the developing world.” Simple packets of sugar and salt in the right ratio could be added to water and save the lives of children who were losing electrolytes through severe diarrhea from diseases like cholera. In a hospital or doctor’s office, we’d just hook you up to an IV and give you intravenous rehydration therapy, but that isn’t a possibility for many around the world. Cheap, easy, oral rehydration has saved millions of children’s lives every year, such that UNICEF can put out reports like the one titled One Is Too Many: Ending Child Deaths from Pneumonia and Diarrhoea to help eradicate this problem once and for all. Oral rehydration therapy only costs pennies, too. If only manufacturers could figure out a way to sell salty sugar water for two bucks a bottle…

Enter the sports drink. As I discuss in my video Are Sports Drinks Safe and Effective?, sports drinks are a multibillion-dollar industry fueled by Coke and Pepsi, but even drug companies are getting in on the action now. Researchers went online to see what kind of hydration advice people were getting. Ready to take a pop quiz?

The answer is each is true. If you said false to any of them, you’re wrong—but in good company. A whopping 93 percent of the top websites got the first question wrong, 90 percent got the second question wrong, 98 percent got the third one wrong, and they all got the last one wrong. “To make matters worse, those websites that would generally be perceived as being more trustworthy by the public”—such as the sites of medical or professional organizations—“appear to be no better than other websites at providing accurate hydration-related information.” So, you shouldn’t feel bad if you got any wrong. No wonder “athletes often have misunderstandings about proper hydration during exercise.”

Doesn’t dehydration hurt performance, though? Surprisingly, when researchers looked at triathletes, they didn’t find a correlation between dehydration and marathon finishing times. In fact, some athletes who lost the most water actually had among the fastest times, as has been noted in other studies, as well.

Your body’s not stupid; it will tell you when you need to drink. “There is now ample evidence that drinking to thirst, even during prolonged exercise under hot ambient conditions, will allow maintenance of proper hydration,” meaning, we can just drink to thirst even while working out for a long time in the heat. And, we do not have to drink electrolytes. But if we’re sweating and just drink pure water, don’t we risk washing out too much sodium and ending up with “exercise-associated hyponatremia” (EAH), too little sodium? It turns out that can be caused by drinking too much of anything, whether it’s water or sports drinks. In one high profile case, a high school athlete who died from EAH had drank two gallons of Gatorade. How do we prevent such deaths? “Simple: drink according to thirst.” These “don’t wait until you feel thirsty” statements may actually be doing more harm than good.

We’ve known this since the early 1990s, but it was ignored. Instead, the American College of Sports Medicine (ACSM) started telling athletes they “should drink ‘as much as tolerable’ during exercise. What followed was an epidemic of cases of EAH and its associated encephalopathy (EAHE).” What’s more, commercial interests may have played a role in delaying the acknowledgement of these findings for decades.

Circling back to the beginning, which of the 15 medical marvels won? Was it oral rehydration to prevent deaths from cholera? Antibiotics to kill off the cholera bugs? No, our greatest medical miracle over the last two centuries was sanitation, preventing the cholera from getting into our drinking water in the first place.

This is of one of my favorite topics that I’ve covered. It has all the things I love: sweeping historical context, corporate malfeasance, and myth busting. Hope you enjoyed it as much as I did!