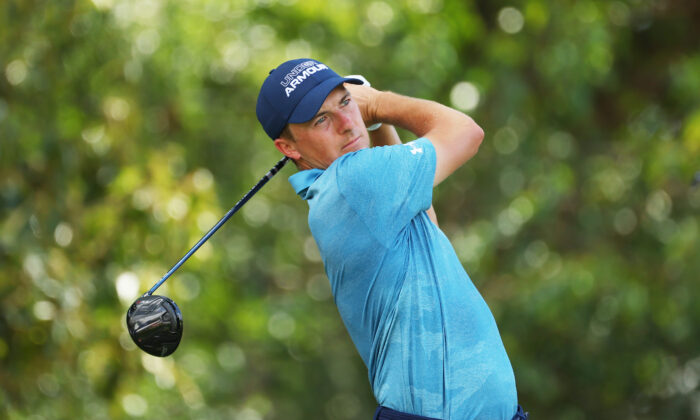 Jordan Spieth of the United States plays his shot from the third tee during the second round of the TOUR Championship at East Lake Golf Club in Atlanta on Aug. 26, 2022. (Kevin C. Cox/Getty Images)
Golf

Spieth, Morikawa Among 6 Captain’s Picks for US Presidents Cup Team

Major champions Jordan Spieth and Collin Morikawa were among the six captain’s picks named on Sept. 7 to the U.S. Presidents Cup team that will be heavy favorites in two weeks against an International squad hit by a wave of LIV Golf defectors.

In addition to Spieth and Morikawa, U.S. captain Davis Love III rounded out his 12-player team by naming Max Homa, Billy Horschel, Kevin Kisner, and Cameron Young to the group.

Homa, Horschel, Morikawa and Young will all be making their Presidents Cup debut Sept. 22–25 at Quail Hollow in Charlotte, North Carolina, while Kisner and Spieth return for their second and fourth appearances, respectively.

The Presidents Cup pits a team from the United States against international players from outside Europe. The United States have dominated the competition winning on 11 of the 13 occasions it has been held, including each of the last eight.

The International team was hit hard as a number of players, including British Open champion Cameron Smith and fellow top-20 player Joaquin Niemann, joined LIV Golf and were suspended from the PGA Tour as a result, making them ineligible for the Presidents Cup.