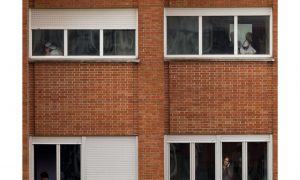 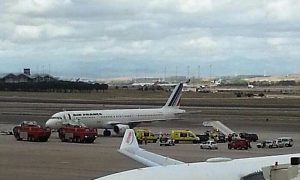 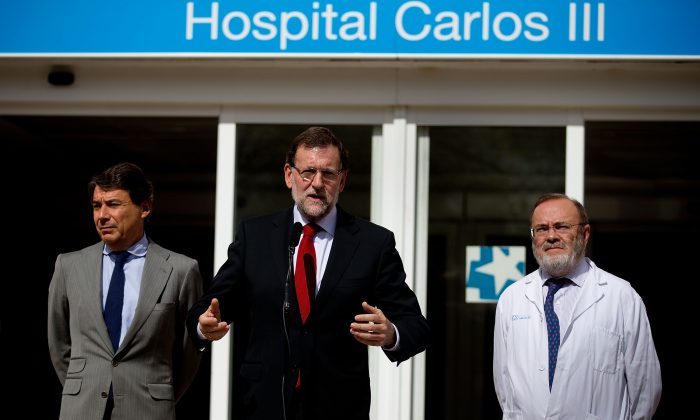 A team from the European Union stated that while safety measures for doctors and staff are adequate, the infrastructure used "is not designed to cover such emergencies"
By Manuela Arte
Print

MADRID—The preliminary opinion of European representatives reaffirms the position held by some health practitioners in Spain. They believe there is a lack of resources and appropriate infrastructure to address an epidemic virus of the hemorrhagic fever Ebola in Madrid hospitals and in the rest of the country.

In Spain, the criticism and complaints have intensified after an infection of nursing assistant Teresa Romero, admitted to the Hospital Carlos III de Madrid with a diagnosis of Ebola. Some health professionals defended the patient after being accused by the top health official of Madrid, Javier Rodriguez, of not recognizing she had made ​​a mistake.

While the patient is stable but in severe condition, experts sent to Spain by the Center for Disease Control in Europe (ECDC) analyzed the case. After three days of inspection, they stated that while safety measures for doctors and staff is adequate, the infrastructure used in Madrid to attend cases of Ebola, “is not designed to cover this type of emergency,”  EFE Agency reported.

The team of experts explained that the performance of health workers in the Tropical Medicine Unit of Madrid “is correct and conforms to established protocols.”

Regarding safety, they noted that “at the highest levels of safety there can always be an accident,” but if things are done correctly, there is very low probability that accidents occur.

Dr. Daniel Bernabeu, President of Amytis Union, told the Spanish online media InfoLibre that the room where Teresa Romero and other professionals should discard the anti-Ebola costume, does not have enough space to do it comfortably.

“It’s a small room, uncomfortable to do a task that is critical, and it can last up to forty minutes. In fact, work mates who instruct how to remove the suit, must remain out of the room, and observe the process through a fish eye window. They even installed mirrors so this person could have better visibility,” Dr. Bernabeu explained.