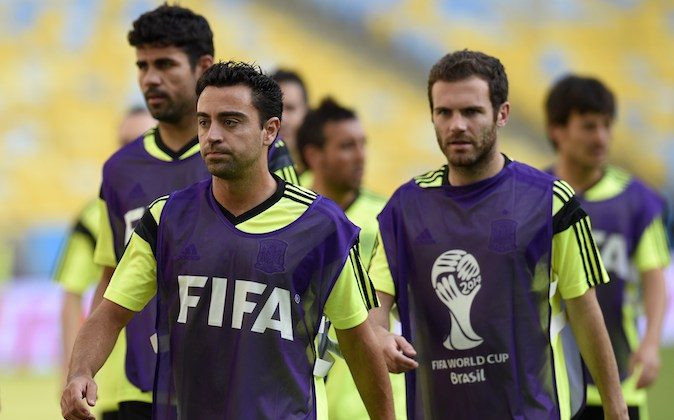 Spain coach Vicente del Bosque promised to shake up the starting line-up of the 2010 World Cup champions, and he has delivered.

Pedro Rodriquez and Javi have made the team, while Xavi and Gerard Pique are out.

Here are the starting line-ups for Spain vs Chile.