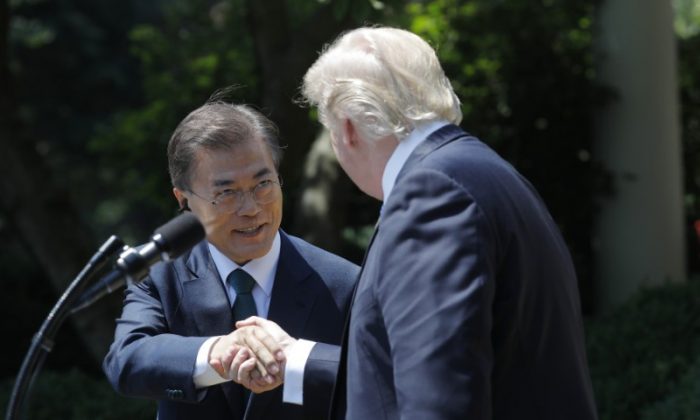 “The two leaders agreed to strengthen cooperation, and exert stronger and practical sanctions on North Korea so that it realizes provocative actions lead to further diplomatic isolation and economic pressure,” Blue House spokesman Park Soo-hyun said in a televised briefing.

The Blue House said Moon and Trump had strongly condemned the latest missile launch by North Korea, and agreed that the two nations would work with the international community to implement the latest UN Security Council’s resolution 2375, Park said.

The U.S. ambassador to the United Nations Nikki Haley also said on Sunday that the U.N. Security Council has run out of options on containing North Korea’s nuclear program and the United States may have to turn the matter over to the Pentagon.

“We have pretty much exhausted all the things that we can do at the Security Council at this point,” Haley told CNN’s “State of the Union,” adding that she was perfectly happy to hand the matter to Defense Secretary James Mattis. “We’re trying every other possibility that we have but there’s a whole lot of military options on the table.”

By Cynthia Kim and Doina Chiacu