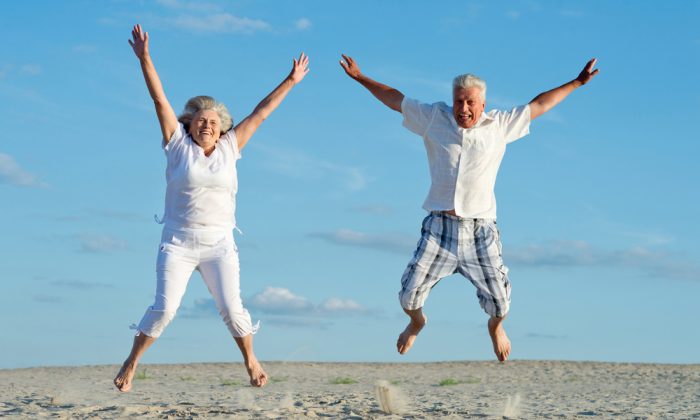 Even remaining in blue-collar jobs is better than being inactive. In fact, societies with earlier retirement have steeper and stronger declines in health and enjoyment of life.(*Shutterstock)
Health News

Some Secrets of Longevity

The average life expectancy in the United States has fallen behind that of other industrialized nations as the American income gap has widened. In addition, better health habits, including those involving weight control, nutrition, and exercise, clearly influence the effects of aging among segments of the U.S. population.

“Widening inequalities in the U.S. are growing over time, not decreasing,” said Lisa Berkman, the Thomas D. Cabot Professor of Public Policy and of Epidemiology at the Harvard School of Public Health (HSPH) and director of the Harvard Center for Population and Development Studies.

Addressing an HSPH forum Tuesday called “Living Longer and Happier Lives: The Science Behind Healthy Aging,” she said mortality rates have increased among less-educated American women, and even wealthy Americans have a shorter life expectancy than their European counterparts.

“Diet does seem to make a difference,” said Francine Grodstein, professor of epidemiology at HSPH and professor of medicine at Harvard Medical School. The Nurses’ Health Study, a large longitudinal study that dates back to the 1970s, is a foundation for many of these conclusions.

“The higher our body weight and body mass index, the less likely we are to live older, happier, healthier lives,” she said.

William Mair, HSPH assistant professor of genetics and complex diseases, said a study that has gained a lot of attention found that reducing body weight by 20 percent in mice increased their longevity.

“If you take almost any organism, a fruit fly or a mouse, and reduce food intake by 20 percent, you get pronounced longer life,” he said. The frontier lies in understanding this process on a molecular level to apply the findings to human nutrition, he said.

Medical treatment of older people also needs to change because the elderly contract multiple diseases, so curing one at a time does not extend life, he said. “We need to work on the commonality of diseases,” and find what is fundamental “to squeeze the disease period to later in life.”

A great deal of scientific attention and interest is focused on mental health and memory as people age.  The better educated are less likely to develop dementia, said Grodstein, though studies don’t explain why.  “Nobody thinks that sitting in a classroom prevents dementia,” she said. So scientists are trying to hone in on what mental processes make a difference.

Berkman noted that continuing to work at creative jobs with autonomy and control over schedules and conditions are proven pluses for better health. Even remaining in blue-collar jobs is better than being inactive. In fact, societies with earlier retirement have steeper and stronger declines in health and enjoyment of life.

“When people designed work, they did not design it for there to be 30 years afterwards, like a vacation,” she said. Many structures and policies have been in place since the 1950s, when many people died a year or two after they started collecting Social Security.

A promising area in warding off dementia involves taking up a personal challenge such as learning to play an instrument or to speak another language, said Thomas Perls, a Boston University professor of medicine and director of the New England Centenarian Study.

There is evidence that such mentally challenging pursuits build “functional reserves” that delay dementia, he said. Still, it hasn’t been proven that those who master multiple instruments necessarily live longer or how the process relates to memory loss.

“Becoming really good at a difficult crossword puzzle,” he wondered, “does that help you find your keys?”

Perls said there are more centenarians than ever to study. Some have terrible health habits, but their genes counterbalance them.

“Twenty percent of the population has the genetic wherewithal to get to be 100,” he said. “The next question: Would you want to live to 100?”

The session was moderated by Meredith Melnick, editorial director of healthy living for the Huffington Post, which collaborated on the session.

*Image of older couple via Shutterstock.