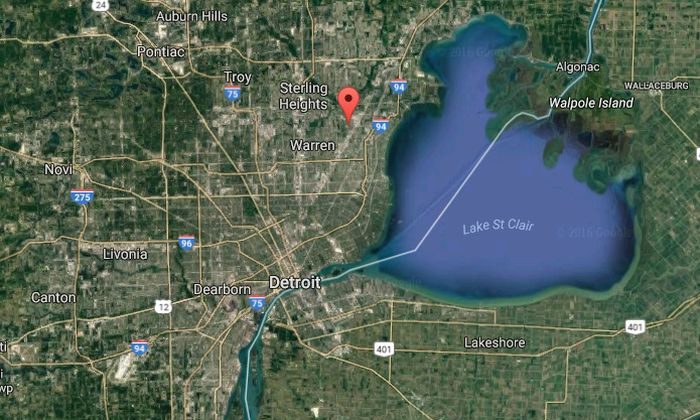 A sinkhole forming north of Detroit forced the Christmas Eve evacuations of more than a dozen homes and the closure of a busy roadway that was expected to collapse due to a possible sewer problem.

Police and firefighters were called to the neighborhood in Fraser about 6 a.m. Saturday after a homeowner called authorities and said his house was sinking.

“You can hear the basement walls cracking, so we evacuated that family right away,” Fraser Public Safety Director George Rouhib told The Macomb Daily in Mount Clemens. “The house is getting worse — the bricks are falling off the side, the sidewalk is lifting.”

Traffic along 15 Mile Road also was diverted. An underground camera was being used to view any damage to a major sewer line below the road.

“It’s not a question of whether the road will collapse, but when it will collapse,” Fraser Public Safety Lt. Michael Pettyes said.

In 2004, a sewer collapse caused a nearby section of 15 Mile Road in Sterling Heights to cave in. It created a sinkhole 160 feet long, 60 feet wide and 30 feet deep.

The 11-foot-wide sewer line is about 55 feet underground.

“You get a break in that line — it’s just washing away dirt down there,” Pettyes told the Detroit Free Press. “It creates a void. When it creates a void, it moves the dirt out. The ground gives way.”

Many of the evacuating residents were seen taking their wrapped gifts with them Saturday as they left their homes.

“It’s devastating to watch people walking out of their homes with their Christmas presents,” said Alannah Wood, shift manager at Green Lantern, a pizza restaurant across 15 Mile Road. “It’s heartbreaking because some of them will have no place else to go.”