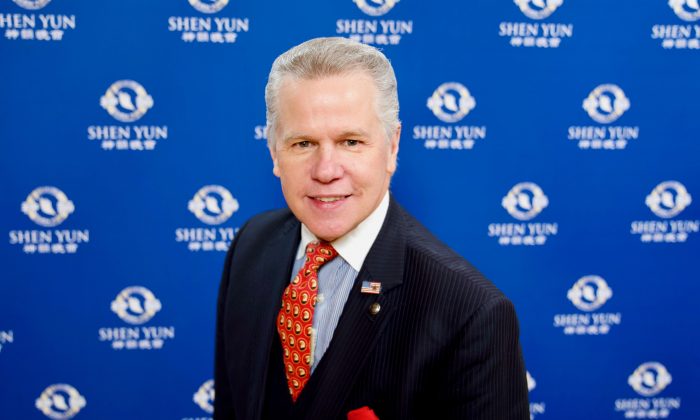 When singer-songwriter Tomaczek Bednarek saw Shen Yun Performing Arts once more at Lincoln Center on Jan. 10, he was keenly attuned to the use of music, and how it elevated all the stories and emotions of the performance.

“What was magnificent was once again the music; the brilliance of the performance was absolutely stunning,” Bednarek said.

He had praise for other aspects of the performance—the athleticism and the artistry of the dancers, the 5,000 years of culture that was brought to life, and the expertly crafted narratives. He was drawn in by details of art within art, like a dance which told a story about a painting and a poem, and how a love story was told through phases of life.

He was also touched by the spirituality of the culture, which permeated the performance via the dance, the the costumes, the stories, and really the culture itself, which was once called divinely inspired.

But music was what buoyed the rest of it.

“It’s absolutely powerful, because you can see magnificence of all of this resonating powerfully on the performers,” he said of the themes. “And born out of that, the excitement of the music, lifting them higher.”

The effective music—the live orchestra performing original compositions for symphony orchestra blended with Chinese instruments—was what made Shen Yun something he said needed to be seen again and again.

“Music is something very special, you know? That’s powerful. The music has a way with which to take the journey of life and bring about a wonderment that you want to experience again and again,” he said.

“The kindness and the grace that you see in a production such as this is something very special to the heart and spirit,” he said. “It’s something that you want to experience again.”

In Shen Yun, you find something special, and anyone who has ever experienced that in a performance will no doubt want to experience it again, he explained.

“They want to come back and re-enjoy and re-invigorate and renew the vigor and brilliance in their hearts. That’s something very, very important,” he said.

He recognized there is a sadness in the fact that New York-based Shen Yun is not allowed to perform in China, where the Chinese Communist Party has for decades waged war against traditional culture, but more than that Shen Yun is a celebration.

And since Shen Yun’s inception in 2006, it has grown to six equal-sized companies that tour simultaneously around the world. This year it will reach over 130 cities over continents. Bednarek said that beautiful resonance was cause for celebration.

He wanted to say to Shen Yun: “You all can share this, and you will touch lives throughout America, the Western world—beautifully so.”

“People need to see that again and again—and that is very powerful,” he said.