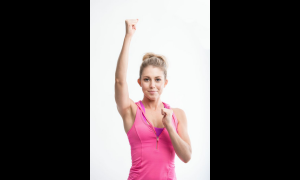 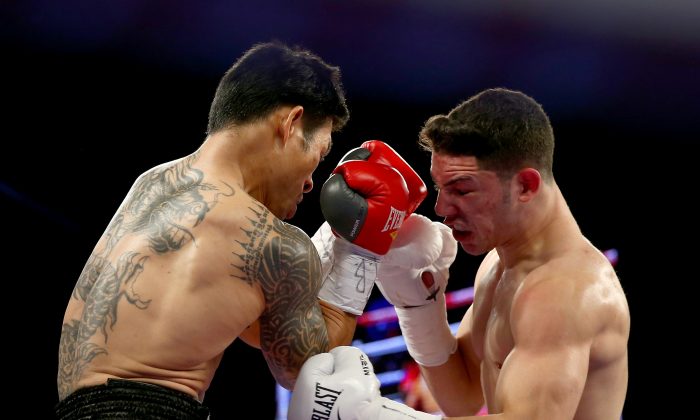 Should Boxing Be Banned?

The death of a 23-year-old boxer has prompted a call by the Queensland branch of the Australian Medical Association for the sport to be banned in Australia. But before we decide whether this is the right response, we should consider what attracts people to participate in and watch high-risks spectacles such as boxing.

Braydon Smith died when his life support was turned off around two days after he collapsed. He had lost a ten-round fight 90 minutes earlier but had not been knocked out and appeared all right after the fight.

Boxing is not the only sport associated with fatal injuries. But we seem more tolerant of fatalities in other sports; you don’t see calls for their abolition when someone dies. The recent death of cricketer Phillip Hughes due to a traumatic brain injury led to calls for better helmets, for instance, but no one suggested banning the sport.

Similarly, the death of a young NSW rugby player, Jake Kedzlier, after being struck in the face by a player’s knee led to statements about having weight classes for leagues and it being a “freak accident“, as though injuries were not inherent in that contact sport.

After controlling for the number of participants in each sport, a 2012 study from Victoria found motor sports, fishing, equestrian activities and swimming all led to more deaths in a year than boxing, which didn’t even make it into the top ten. Another study found motor vehicle accidents and falls were far more likely to kill people than boxing or any other sport.

It may be that the seemingly inhumane aim of causing your opponent to lose consciousness by punching them separates boxing from other sports. And, for some reason, the relatively rare fatalities seem to get far more press than the insidious long-term effects of a career in boxing or other contact or combat sports.

If you’re evaluating the safety of a sport, you have to consider the whole gamut of potential injuries they cause, not just death. Major traumatic injuries, frequently to the head and face, are also much more common in motor sports, cycling, skiing, hockey and equestrian activities than in boxing.

Some sports put participants at risk of acute injuries that resolve with proper care (a fractured arm, for instance, or a simple single concussion), while others last for years or a lifetime (damaged knees, or moderate to severe brain injuries). And others still put the person at risk for degenerative illnesses, such as Alzheimer’s disease, which is what faces many boxers.

Some boxers who have suffered numerous blows to head or face that rattled their brain develop what’s called dementia pugilistica. This leads to serious problems with memory, attention, speech, balance and emotion regulation. It can cause premature death.

So why might someone become a professional boxer? Well, professional athletes earn some money, but they also get recognition and the satisfaction that comes from perfecting a physique and skills. And, of course, most people like winning.

And why might someone pay to watch as two men or women bash each other? Perhaps the boxing crowd gets caught up in the emotion evoked by the spectacle, and any thoughts about civilised behaviour go out the window as they watch what is taboo in other settings. There is no reflection on what the spectacle might mean for those involved when it ends.

The positive emotional experience of the spectator, especially in a crowd, was aptly described by social psychologist George Elliot Howard in 1912:

Boxing and other spectator sports are commercial enterprises designed to fuel these social psychological needs of the spectator. And some sporting spectacles (think rugby, AFL, for instance, or motor racing and horse racing) with significant financial implications are linked to symbols of national or local pride. These get a pass when it comes to moral or safety issues, even when eventual impairment may be so great that the ex-participants cannot even attend future spectacles.

Finally, is it the role of government to save adults from themselves or should we as a society allow spectacles that include the risk of death? We tend to tolerate the occasional tragedy in recreational activities, such as skydiving or hang-gliding, and even more common favoured sports, such as cricket, rugby or gridiron.

We also defend against thoughts about the true risks involved for all participants, possibly because our psychological or social needs met by the sport outweigh the loss of one combatant.

We might rationalise a tragic event as rare or atypical, blame the person who died for not having sufficient skill, conjure up examples of others in the same sport who never got hurt or focus on the heroic features of the athlete’s history to somehow make the loss meaningful. All these act as defences against accepting that our favourite sport, which symbolises something important for our own sense of self, may actually be brutal and dangerous.

Some people continue to cling to the myth that aggression in sport acts as catharsis for both the combatant and the spectators. And that this aggression would otherwise be expressed elsewhere. But this idea has been wholly refuted.

Rather than banning boxing, a more sensible solution may be to better manage the physical and social environment risk factors posed by it. This may decrease the brutality that attracts some people to the sport, but it will increase the opportunities for life after it for those risking life and limb by participating.

James F. Donnelly is a lecturer in Psychology at the School of Health and Human Sciences at Southern Cross University.

*Image of “audience” via 1000 Words / Shutterstock.com