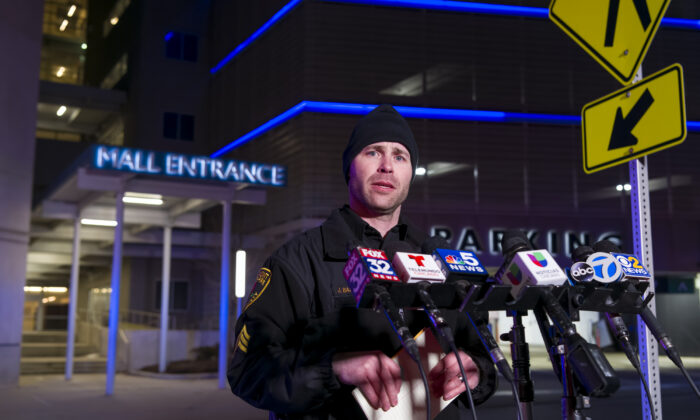 ROSEMONT, Ill.—A masked gunman opened fire in a suburban Chicago shopping mall, leaving one man dead and wounding at least one other person—a teenage girl who was found in washroom after shoppers ran for cover, police said.

The gunman, in his mid-20s, opened fire just after 7 p.m. Friday near the food court at the Fashion Outlets of Chicago mall in Rosemont, a village just northwest of the city, Rosemont Police Sgt. Joe Balogh told the Chicago Tribune on Saturday. Police did not release a motive for the shooting but said it was a targeted attack.

The gunman then fled in a car with “other unknown subjects, he said.

More than two hours after the shooting, police stopped that vehicle on an expressway in Chicago, Balogh said. The car’s owner was taken into custody and was being questioned as a person of interest, he said. A gun was seized as evidence, but no charges have been announced.

The Cook County medical examiner’s office identified the man who died as Joel Valdes, 20, of Skokie.

A 15-year-old girl who was shot in the right wrist was in stable condition, Balogh said.

Officials said earlier that a third person was shot and ran away, but Balogh said no other victims had been found as of Saturday afternoon.

After the shooting, authorities evacuated and searched the mall.