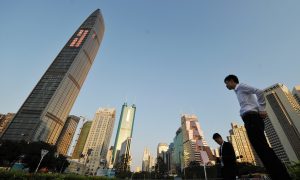 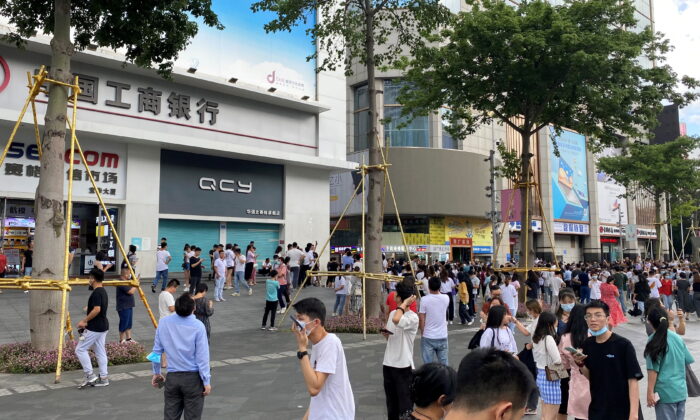 Shenzhen Skyscraper Closed as Officials Seek Cause of Shaking

BEIJING—The owner of a 71-floor office tower in the southern Chinese city of Shenzhen closed the building on Friday pending an investigation into what caused the skyscraper to begin shaking on Tuesday.

Shenzhen Electronics Group Co Ltd will close the 1,167-foot SEG Plaza to tenants and shoppers to carry out inspections into the cause of the swaying, it said in a notice posted on the Weibo social media account of the state-owned Xinhua News agency.

The swaying caused objects on desks in the building to move, and sfubsequently workers were evacuated from the tower. Videos shared on social media showed panicked pedestrians fleeing the area after the rocking began.

Several nearby buildings were also evacuated, with police and fire crews sealing off the surrounding area.

The main structure of the building is safe and no cracks were found in the building or its surroundings, the Shenzhen Housing Authority said in a statement on Wednesday. An initial investigation ruled out an earthquake as the cause.

SEG Plaza opened in 2001 and several of the lower floors contain electronics shops.

On Wednesday, the U.S. Consulate General in Guangzhou, recommended that U.S. citizens avoid the Huaqiangbei area where the building is located because of “inadequate information to assess the safety risks.”

Business continues as normal for those working nearby.

“Most of my colleagues are making fun of this, they’re not worried,” said Keyman Guan, whose robotics company continued its anniversary in a nearby building hours after the evacuation on Tuesday.

“I didn’t realize what happened until I saw a picture of the crowd in the streets.”

Others say they will remain cautious until there is a clear explanation.

“I wouldn’t dare to go back and work unless there’s a very thorough and reasonable report,” said Donny Zhang, who runs a hardware consulting and sourcing company in the area.