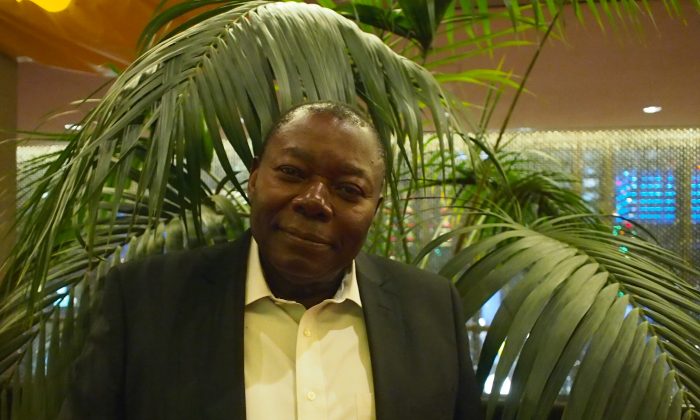 MONTREAL, Canada—Shen Yun Performing Arts warmed the hearts of Montreal theatregoers on the frigid Wednesday night of Jan. 7 at Théâtre Maisonneuve at Place des Arts. With an outside temperature of -25 C (-13 F), the coldest winter day by far, Montrealers needed something to give them warmth, and Shen Yun duly obliged with its mix of marvellous Chinese dance, vivid animated backdrops, and extraordinary symphony orchestra.

Shen Yun’s International Company, one of the four touring companies of New York-based Shen Yun Performing Arts, performed the first of six shows in Montreal after arriving from Ottawa.

Shen Yun’s mission is to revive the authentic Chinese culture, which has been largely suppressed and destroyed since the communist regime took control in China decades ago.

Marie-Claude Blais, a show manager with Expo Media Inc., shared her thoughts on what she learned about traditional Chinese culture. Ms. Blais is responsible for managing one of Canada’s largest exhibitions—the Montreal National Home Show. She attended the performance with her parents and they all enjoyed the experience.

“The culture is very appropriate, compassionate, really respectful,” she said.

Noting that Shen Yun’s performances touched her soul with its values of kindness and respect toward others, Ms. Blais said she would absolutely recommend Shen Yun to her friends.

Frederic Jean, a businessman of Haitian origin, was seeing Shen Yun for the third time. He attended with his wife.

Mr. Jean was a big fan of the orchestra. He found the whole performance relaxing. He said that he feels very relaxed every time he leaves Shen Yun.

“I find it really good, but the truth is, I’m coming for a third time because I love it,” Mr. Jean said during the intermission. “The orchestra is extraordinary.”

Shen Yun’s orchestra combines traditional Chinese instruments, such as the pipa, erhu, and suona, with a classical Western orchestra to seamlessly produce a fresh and unique sound.