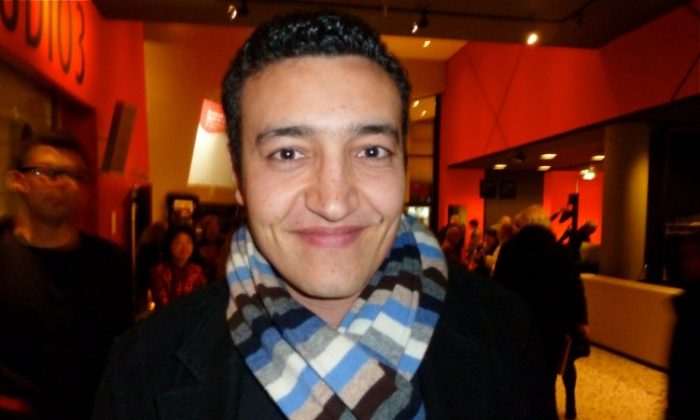 THE HAGUE, The Netherlands—Ali Taha, a project manager at a Fortune 500 company was invited to see Shen Yun Performing Arts for his birthday by a friend on March 12, an experience that inspired him to learn more about traditional Chinese culture.

The performance at the Lucent Danstheater in The Hague marked the start of the New York-based Shen Yun Performing Arts International Company’s European Tour—receiving a standing ovation by all audience members.

Classical Chinese dance has a history that goes back thousands of years. “Classical Chinese dance is rich with expressive power. Through expression of bearing and form, beautiful dance movements bring out the inner meaning of intrinsic thoughts and feelings, reflecting the peculiarities of human nature, the standard for human conduct, moral concepts, mental state, one’s value system, and so on,” according to Shen Yun’s website.

Mr. Taha was especially impressed by the music and the costumes, both of which provided him with a “taste” of a different culture. He found the colors in the costumes “awesome” and liked the music because it was different from mainstream.

Shen Yun combines two great musical traditions, seamlessly blending sounds from the East and West. The company’s orchestra has a Western philharmonic orchestra as its foundation, combined with classical Chinese instruments such as the erhu, dizi, pipa, and suona.

Costumes are also an integral part of Shen Yun, they use bright colors to tailor and recreate hundreds of new pieces each season, the hand-made garments span China’s dynasties, regions, and ethnic groups, the company says.

But it was the story-telling in the dance that allowed Mr. Taha to learn more about traditional Chinese culture. He especially liked the legend of the Monkey King, which he had heard about before, but never knew how highly regarded it was.

The story of the Monkey King comes from the classical Chinese novel Journey to the West. In this year’s production the mischievous Monkey King causes havoc in the Heaven’s peach orchard.