Shen Yun Is ‘One of the Best I’ve Ever Seen’ 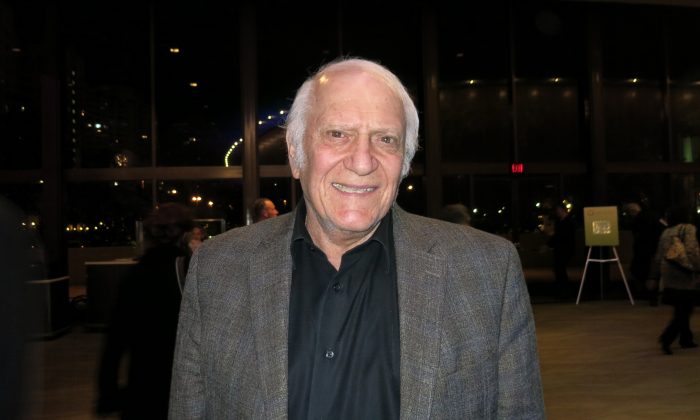 LONG BEACH, Calif.—Attorney Tony Capozzola has done a lot of things in his life, such as winning Outstanding Entertainment Attorney of the Year at the 9th Annual LA Music Awards in 1999, starring in the movie “Maniac Cop 3,” and representing high-profile clients like Michael Jackson, but one recent experience really stood out to him.

“It’s great, it’s wonderful,” he said after watching Shen Yun Performing Arts at the Terrace Theater on March 23. “I’ve gone to a lot of shows in my life, and I think this is one of the best I’ve ever seen ever in my entire life.”

Shen Yun is the world’s premier Chinese music and dance company. Founded in New York in 2006, it now has six companies touring around the world simultaneously, with a brand new program produced every year.

Capozzola was happy to be exposed to some of the history of China during the performance, and he appreciated the rich spiritual tradition of the culture. However, he was shocked and saddened to hear that Shen Yun is unable to perform in China today.

“It’s just too bad that the government doesn’t recognize it, as many people in the United States do,” he said. “In my opinion, it’s a great show and it’s a great thing for China.”

‘I’ve waited four or five years to see it.’

Wally Gribben, a former radio host, was also in the audience at the Long Beach theater. After several years of wanting to see Shen Yun, he finally said, “This is the year.”

“I enjoyed the production, it was fantastic,” he said. “The artistry was very, very good. The dancing was phenomenal.”

As a musician who plays the drums, Gribben was especially impacted by the full orchestra, which includes both traditional Western instruments and Chinese instruments, combining into a unique sound. He also enjoyed the vocal soloists, who sing in bel canto Chinese with English translation projected behind them onto the backdrop, as well as the bilingual emcees of the performance.

“I like that it had the narration in between the different acts,” he said, “with the host and hostess. I thought it was very good that they did it in Chinese and English.”

Gribben thought the interactive backdrop was also a fascinating addition, with some performers appearing to jump out of the backdrop onto the stage, and vice versa. “They did that so well,” he said.

Overall, he thought the performance had a lot of energy and included positive universal themes, such as “good conquers evil” and “good will triumph at the end.”

He was also particularly moved by a performance where a young girl was persecuted and imprisoned in China for her faith.

“I know that is going on, so it was very touching,” he said.

Gribben said the way the Chinese culture was presented in Shen Yun made it easier to understand and appreciate for those who may not know much about Chinese history. He said all cultures have such treasures and stories that contribute to who they are today.

Without culture, it’s chaos, he said, especially when it comes to such spiritual traditions.

“I was inspired by it,” he said. “I think Shen Yun, it gives hope for all of us, because we’re all God’s, Creator’s children, so this another aspect of looking at what the Creator wants us to do and how we could do that.”

With reporting by Michael Ye.