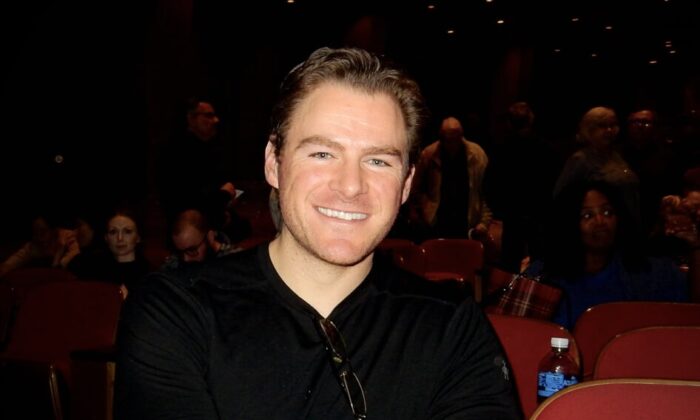 “It’s definitely not what I expected … in a very good way,” he said.

“It’s fantastic … it’s a lot of fun,” he added, “it has a little bit of everything … we had some funny moments, some very intense moments—there’s even opera singing!”

As an author, Mr. Adrien was compelled by Shen Yun’s revival of traditional culture through the use of narrative dance stories.

According to the company’s website, the story-based dances depict heroes that embody the most exalted virtues of ancient Chinese civilization and convey morals still relevant to the modern day.

It’s very important, I think, for people to have a strong sense of place in the world, to carry traditions forward.
— Christophe Adrien

“The things about stories are there’s a short narrative that we all follow, that we all identify with,” he said, “so it’s very important, I think, for people to have a strong sense of place in the world, to carry traditions forward.”

Shen Yun’s mission is to revive China’s 5,000-year-old traditional culture and they say that their performances demonstrate “China before communism.”

“Definitely worth coming to see,” said Mr. Adrien, “very colorful … all the dancers are incredibly talented, so … it’s been a treat!”

‘Feel the Power and the Heart’

Andrea Sexton, safety coordinator for the City of Portland as well as a dance teacher and choreographer, was also wowed by Shen Yun at the matinee performance on Jan. 21.

In regards to the dancing and choreography, Ms. Sexton said, “It’s impeccable, gorgeous to watch!”

China was once known as “The Land of the Divine” and Shen Yun presents this culture by drawing upon ancient Buddhist and Daoist philosophies. In the past, artists looked to the divine for inspiration and cultivated virtue in order to create uplifting art. Today, Shen Yun’s artists follow in this noble tradition, which is why audiences feel there is something different about Shen Yun, states the company’s website.

Even from the back of the auditorium, Ms. Sexton said she could feel the energy radiating off the stage.

“The energy comes from right here,” she said motioning to her heart, “and it feeds out … they make me feel the power and the heart.”

“I’m just enamored with the whole performance … it makes me happy.”