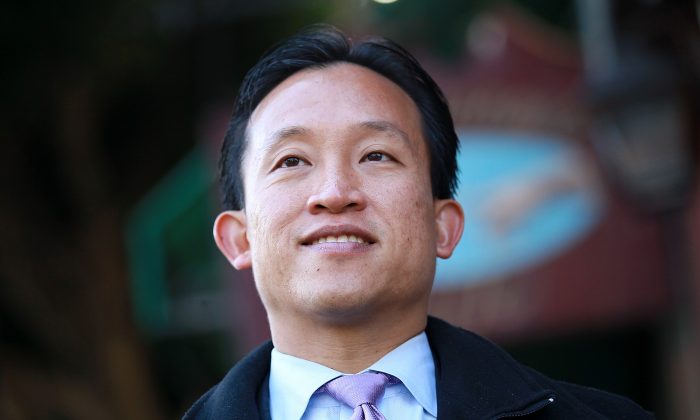 SAN FRANCISCO—If voters have their say this November, employed parents will have an easier time balancing work and family.

A ballot proposal, if approved, would establish San Francisco as the first city in the nation to give employed caregivers the right to request more flexible and predictable work schedules.

Supervisor David Chiu, who introduced the ordinance Tuesday, said the “common sense law” would address the demographic change over the last decades, with now four out of 10 mothers being the primary breadwinners in the family.

The “Family Friendly Workplace Ordinance” would grant every employed caregiver in the city the “right to request” more predictable and flexible work hours from the employer, such as part-time work, adjusted start- or end-times, alternative workdays, or telecommuting.

The ordinance would apply to workers who have been employed for at least six months and to companies with 10 or more workers. Employers who can prove they would face “undue hardship” from the flexibility, like cost increase or the inability to meet customer demands, would be allowed to deny a request.

Co-sponsored by Supervisors Eric Mar and Malia Cohen, the legislation is meant to help reduce the family flight from the city, Chiu said. San Francisco has the lowest number of families of any major city in the United States, with only 16.7 percent of households being families with children under the age of 18, according to the 2010 census.

“Too often, workers are forced to choose between their families and their careers,” said Julia Parish, a lawyer at the Legal Aid Society-Employment Law Center, at City Hall on Tuesday.

Workers report on their hotline every day about their struggle with caregiving needs, Parish said. She points to the experience of other countries where similar laws had “incredible success.” Since its introduction, millions of employees in countries such as the United Kingdom have made requests.

Chiu said he does not fear a business backlash against the proposal and stressed that employers would also benefit from more flexible workplace arrangements, as experience in other countries has shown. An increase in worker satisfaction, loyalty, and productivity will help companies retain their employees and thus control costs, he said.

Businesses that violate the rules could be fined $50 per day per worker.

The ordinance would also prohibit discrimination on the basis of being a caregiver and thus reduce the risk of retaliation for those requesting flexibility.

She hopes, after similar measures have failed in other states and in Congress, that San Francisco will “set a national spark.”

The ordinance will need to be approved by the full Board of Supervisors with six votes before going on the Nov. 5 ballot.