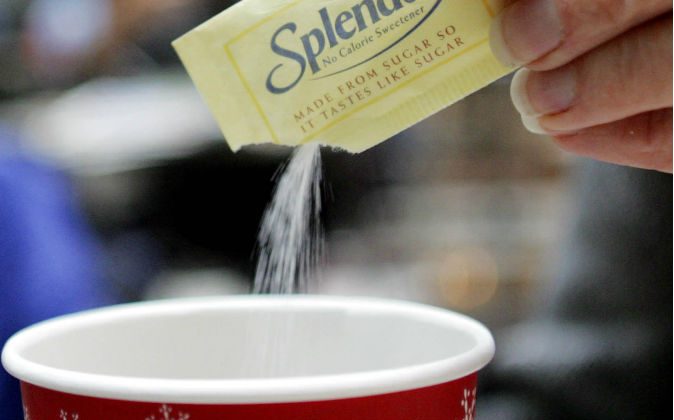 Seriously, Get Splenda out of Your Diet If You Haven’t Done so Already

If you’ve already begun to avoid most or all processed foods, choose kale instead of cake, and have even flirted with ditching all dairy products, then you’re already well on your way to becoming healthier and better nourished than practically anyone else you know.

But perhaps you’ve not yet managed to put down all sugary drinks, enjoying a soda once in a while as a sweet “sin,” and every now and then indulging in an artificial sweetener, like, say, Splenda, in your morning latte.

While these habits might seem to be fairly harmless, especially since you’re only engaging in them moderately, they really aren’t.

It really is time to get rid of that artificial sweetener once and for all.

As noted by Well and Good, a health and nutrition site:

“New research suggested that Splenda (which, yes, is hidden inside that bottle of Diet Pepsi) may cause serious health problems, including cancer, Eat Clean reports. A study published in the International Journal of Occupational and Environmental Health found that mice who were fed sucralose (the main ingredient in Splenda) daily throughout their lives eventually developed leukemia and other blood cancers.”

“These findings do not support previous data that sucralose is biologically inert. More studies are necessary to show the safety of sucralose, including new and more adequate carcinogenic bioassay on rats. Considering that millions of people are likely exposed, follow-up studies are urgent,” researchers concluded.

These results prompted the Center for Science in the Public Interest to formally recommend that consumers avoid the artificial sweetener, though it should be noted that, until 2013, the organization still said Splenda was safe to consume.

“The Center for Science in the Public Interest is downgrading sucralose, the artificial sweetener better known by the brand name Splenda, in its Chemical Cuisine guide to food additives,” the center said in a press release. “The nonprofit food safety watchdog group had long rated sucralose as ‘safe,’ but is now placing it in the ‘caution’ category pending a review of an unpublished study by an independent Italian laboratory that found that the sweetener caused leukemia in mice.”

“Sucralose may prove to be safer than saccharin, aspartame, and acesulfame potassium, but the forthcoming Italian study warrants careful scrutiny before we can be confident that the sweetener is safe for use in food,” said CSPI executive director Michael F. Jacobson.

Okay, so now you know that you need to shun the fake sugars, but you still don’t relish the thought of having to drink your coffee bitter. Never fear – there are a host of natural sweeteners that you can use instead of the chemical laden substitutes.

Please see the articles below:

4 Reasons Why Agave Is Not a Health Food