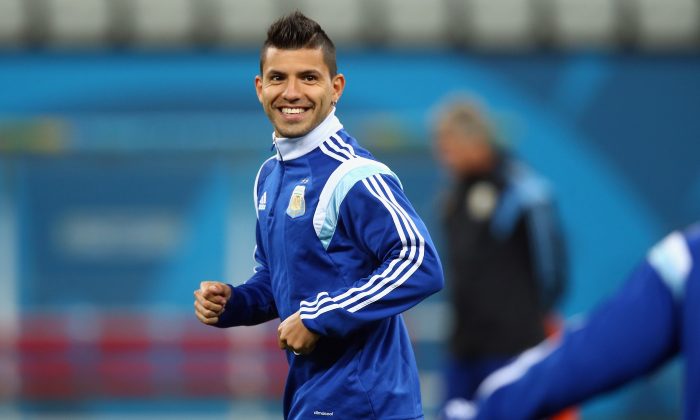 Sergio Aguero should be fit to play for Argentina in Wednesday’s World Cup 2014 semi final clash against the Netherlands.

On Sunday, Argentina team doctor Daniel Martinez had declared that the forward had recovered in an “excellent” way, and will be fit to play the Netherlands.

“Kun” Aguero has been struggling with hamstring and thigh problems for most of the 2013/2014 season for Man City.

Aguero featured in Argentina’s group stage matches, and has been out ever since.