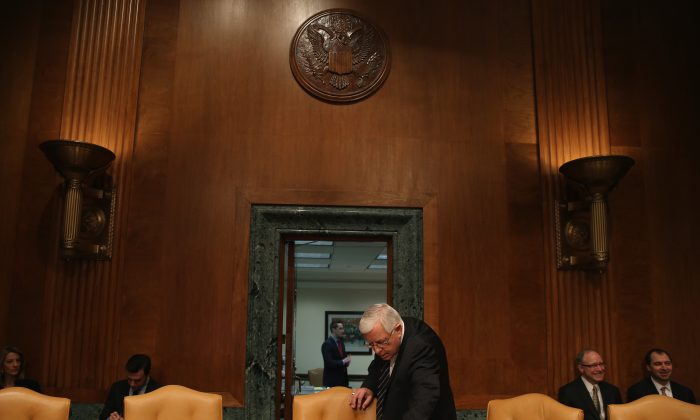 WASHINGTON— A Senate panel has delayed action on an annual budget blueprint, as Republicans disagree among themselves on spending levels and trillions of dollars in longer-term budget cuts.

Budget Committee Chairman Mike Enzi announced the delay, which comes as the House is gridlocked on its own plan. Several dozen House conservatives are opposing a draft companion measure because it endorses spending increases for domestic agencies that were part of last year’s bipartisan budget and debt pact.

The combined developments are an embarrassment for Republicans, who were quick to criticize Democrats for failing to produce budget plans when they controlled the House and Senate.

The annual congressional budget resolution is a nonbinding blueprint that sets goals for follow-up legislation.