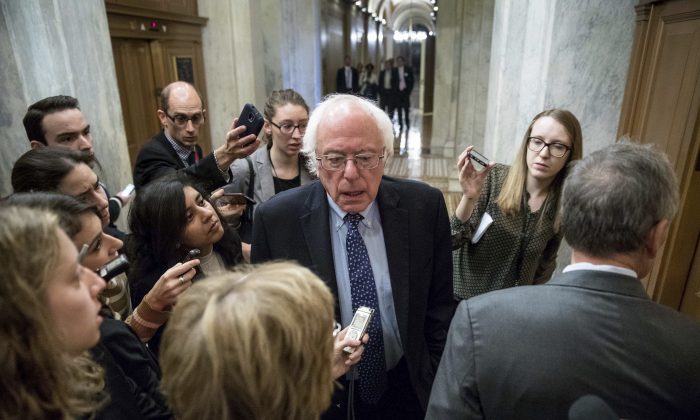 In this Nov. 16, 2016 file photo, Sen. Bernie Sanders, I-Vt. speaks to reporters on Capitol Hill in Washington. Sanders is calling on Donald Trump to apologize for some of his controversial rhetoric during the presidential campaign and asking him cut ties with campaign CEO Steve Bannon. (AP Photo/Andrew Harnik, File)
Politics

Sen. Bernie Sanders says President Donald Trump may be right in claiming he won the general election votes of some former Sanders supporters.

A participant in a White House meeting Thursday says Trump said he got those votes because he and the Vermont independent think some trade treaties have hurt Americans. The participant spoke on condition of anonymity to describe a private meeting.

Sanders was not present.

He said in an interview later that many working-class Democrats who backed him in the presidential primaries are “disgusted” with U.S. trade policy and probably voted for Trump.