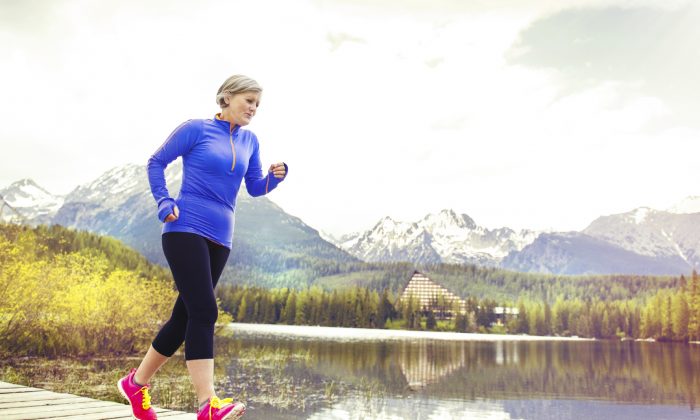 Secrets of Korean Medicine, Part 9: If You’ve Had Tuberculosis, You Must Prevent COPD and Other Chronic Respiratory Diseases

Around the world, hundreds of millions of people suffer from chronic respiratory diseases. By 2030, the World Health Organization predicts that chronic obstructive pulmonary disease (COPD) will be the third leading cause of death. Other less common but also serious chronic respiratory conditions include bronchiectasis and pulmonary fibrosis.

COPD is not one disease, but an umbrella term for chronic lung conditions, including bronchitis and emphysema, in which the respiratory tract becomes blocked. Along with the reduced airflow, the lungs may fill with phlegm, killing the tiny alveoli sacs, where oxygen and carbon dioxide meet our blood, thereby inducing a loss of lung function.

Bronchiectasis is a condition in which the airways distend and become unable to contract due to the destruction of muscle and the walls of the bronchial tubes. This causes difficulty discharging phlegm, which accumulates in the bronchial tubes, often leading to infection.

Symptoms include coughing, the generation of pus-like phlegm that has a foul odor, vomiting blood, fatigue, reduction in body weight, weakness, fevers, and apathy.

Pulmonary fibrosis is a condition in which tissue deep in the lungs becomes scarred, thick, and stiff, making it hard for sufferers to catch their breath. Other symptoms include a dry, hacking cough that doesn’t get better; fatigue; unexplained weight loss; muscle and joint aches; and something called clubbing, a condition in which the tips of a person’s fingers or toes become wider and rounder.

Chronic respiratory diseases may manifest around 20 years earlier in those who have suffered tuberculosis.

Chronic respiratory diseases may manifest around 20 years earlier in those who have suffered tuberculosis or tuberculous pleurisy (when tuberculosis infection causes inflammation of the tissues that line the lungs and chest cavity). It can cause issues even if the infection was so minor that a person was not aware they had it. It also manifests earlier in those with frequent bouts of pneumonia or with a long-term smoking habit.

People who have a history of wheezing when breathing, and those frequently exposed to an environment with a lot of dust or chemical substances need to take particular precautions to prevent chronic respiratory diseases.

Some signs to watch out for are difficulties breathing, a feeling of frailty, and various complications that cause sudden aggravation of other bodily conditions. Moreover, these symptoms can restrict movement, and lack of exercise in turn frequently induces depression, sleeping disorders, cardiovascular diseases, and osteoporosis.

If you live to age 70, you will have taken approximately 700 million breaths. Every time you breathe, dust particles enter your lungs, and the total quantity of dust you breathe in throughout your life is equivalent to a full truckload. However, you also exhale 700 million times in your life and discharge approximately 99.999 percent of the foreign substances that were inhaled, which generally keeps the lungs clean.

Nonetheless, a minute amount of dust remains in the lungs, and those who have had tuberculosis or tuberculous pleurisy or who have smoked for more than 40 years, will end up discharging only 99.99 percent of the foreign substances that enter their lungs.

Although this is only a difference of 0.001 percent, the difference in the total quantity of foreign substances in the lungs after having taken 700 million breaths throughout one’s life is quite substantial. Thus by age 85, almost everyone’s lungs will be damaged. This is because the accumulation of harmful foreign substances will incrementally kill the cells lining the alveoli (pneumocytes).

Western medicine refers to pulmonary emphysema (weakening of the air sacs in the lungs), bronchiectasis, and pulmonary fibrosis as “permanent lesions,” meaning that it is not possible to restore the lungs to their original state. However, our bodies have a weapon that even these conditions cannot overpower. This weapon is the tonsils.

If the tonsils are healthy and produce powerful lymphocytes (a kind of immune cell), this will nurture the ability of the body to eradicate the harmful germs and viruses. Moreover, the immune system’s ability to distinguish between autologous (self) and heterogenous (foreign) substances will be elevated, so it can easily ward off the aforementioned conditions.

The root of chronic respiratory conditions often is the common cold.

Although the stages of birth, old age, sickness, and death in life are unavoidable for all of us, conditions of the respiratory system can be controlled to a certain extent with a U-turn to a healthier life. The root of chronic respiratory conditions often is the common cold, with conditions like rhinitis and asthma causing progressive aggravation until severe pulmonary disease manifests. Thus, since the cause lies in the lungs, the solution also lies in them.

As a person gets older, the immune system deteriorates, and the lungs become damaged. However, if the lungs are cleaned thoroughly, the tonsils will become healthier. If the health of the tonsils is maintained, healthy lymphocytes produced by them can heal lesions and regenerate damaged muscle and bronchial tubes.

How to Turn Your Daily Walk into a High Intensity Exercise

Normally within about six months of starting to fortify the lungs, blood vessels will begin to be restored, and after about one year, they can be completely restored. After about two years of continuous treatment, there will not only be improvement in symptoms, but also the complete restoration of cells of the air sacs (pneumocytes), and the respiratory diseases will be cured.

One time, a professor of computer engineering visited me to tell me that his bronchiectasis had been cured after 18 months of treatment to cleanse his lungs. He said he found it “disappointing that such an outstanding treatment method like this is not more widely known.”

He offered to help create a data bank of treatment cases over the next 10 years by personally interviewing 100 bronchiectasis patients being treated with herbal medicine at Pyunkang Korean Medicine Hospitals.

This was the first time such a proposal had been made to me, and I was truly surprised, particularly because he is a highly reputed professor of computer engineering.

COPD and other chronic respiratory diseases can be easily cured if the cause and the mechanism of manifestations are understood. In fact, curing of COPD will eliminate a countless number of other diseases, which will enable us all to enjoy longevity and great health.

Do not despair if you have COPD because you have the means of overcoming it. Your biggest weapon lies in your throat—the tonsils—the king of the lymphatic system. Only when the tonsils become healthy, is it fundamentally possible to cure COPD.