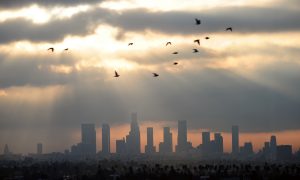 Air Pollution: How to Deal When You Have Asthma
0 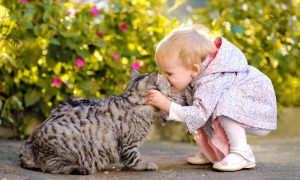 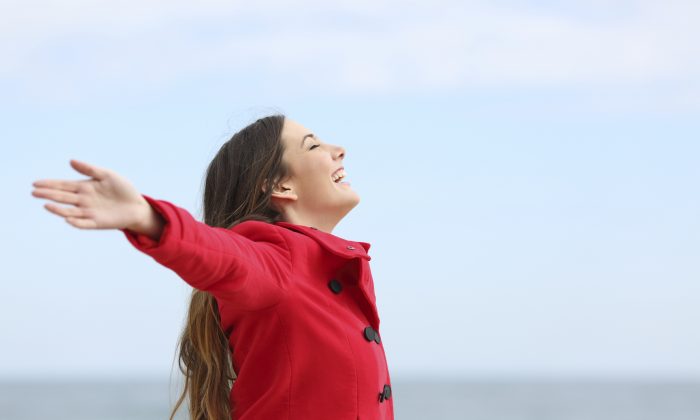 Secrets of Korean Medicine Part 6: Do You Think Asthma Is Curable?

Asthma has become a very common chronic disease that affects more than 300 million people around the world. In the next 10 years, the number of people affected is expected to increase to 400 million.

Daily in the United States, more than 40,000 people miss work or school, and over 5,000 people visit emergency rooms because of asthma.

That total adds up to 2 million ER visits per year that are related to asthma in one way or another, according to the Centers for Disease Control and Prevention (CDC).

The symptoms of asthma, such as spasmodic coughing, wheezing, and difficulty breathing, are not only a serious hindrance to carrying out normal life activities, but can also cause death if they are severe.

Approximately 3,500 asthma patients pass away every year in the United States alone. In addition, accordingly to a recent announcement by the American Heart Association (AHA) at its annual academic symposium, asthma patients who take medication every day have a 60 percent higher risk of heart failure compared to healthy people.

So how are Americans dealing with asthma? Fortunately, in the United States, it is possible to purchase over-the-counter asthma medications that in Korea, are only available with a prescription.

According to CDC data, more than $56 billion is spent annually to treat asthma in the United States. What is truly regrettable is that these treatments are focused on alleviating only the symptoms of asthma.

Frankly speaking, modern medicine falls short when it comes to treating asthma because of its belief that asthma cannot be cured. Like diabetes or high blood pressure, asthma is seen as a disease that will accompany a person throughout life once it manifests.

Due to such a perception, the approach to dealing with asthma has focused on managing symptoms rather than finding the cause of and curing it. Moreover, if patients are negligent in managing their asthma or stop treatment, their symptoms immediately flare up.

However, asthma is in fact a disease that can be completely cured by properly discerning its cause. I say this because I’ve seen more than 40,000 asthma patients in Korea be cured by following my instructions and using herbal medicine.

Trace Symptoms to Find the Cause

If you can trace the symptoms of asthma to their underlying cause, then treatment as well as prevention is possible because you will be able to eliminate the cause. Both genetic and environmental factors contribute to asthma. Both of these factors have the common denominator of allergies.

A child whose parents both have allergies will have a genetic predisposition to develop allergies as well. Environmental factors such as dust mites, animal fur, dust made of microscopic particles (micro dust), pollen, mold, and cigarette smoke will also contribute to asthma. Allergies are the main factor that induces asthma, and those with hypersensitive reactions to usually benign substances are considered to have allergic constitutions.

However, I can assure you that even if you have an allergic constitution, it can be transformed into a normal constitution. In more than 40 years of clinical experience, I have found that it is possible not only to restore the health of patients with allergies, but also to prevent asthma.

Hypersensitive reactions in people with allergic constitutions occur because of degraded immune function. Specifically, the immune system loses the ability to discern whether a substance is harmful or not to the body. When the immune system is impaired, some people will have severe allergic reactions when exposed to substances that elicit no response whatsoever from other individuals.

Some sensitive people suffer sinus colds throughout the year and find that fluctuations in temperature lead to rhinitis, inflammation of the mucus membranes in the nose. Bouts of rhinitis can progress into chronic rhinitis, sinusitis, infection in the middle ear, and asthma. Thus, these people can suffer multiple allergies at the same time.

Pulmonary function is the key to preventing common colds and converting an allergic constitution into a normal constitution. The lungs are the core organ that governs the immunity, discards carbon dioxide, and takes in oxygen.

When we breathe in, red blood cells (erythrocytes) promptly carry oxygen from the lungs to all other organs of the body. Simultaneously, white blood cells, (leukocytes) combat pathogens prevalent, such as bacteria, viruses, mold, and parasites that invade our body when we breathe.

The tonsils, a pair of soft tissue masses that are part of the lymph system, have the largest quantity of a type of white blood cell called lymphocytes. Lymphocytes are in charge of immune reactions, and those in the tonsils prevent disease by eradicating pathogens that enter through the mouth.

In general, when good lung function is restored, it is possible to achieve healthier tonsils in two months. Rhinitis can be treated in three months, and asthma can be eradicated in four months. After four months, shortness of breath, wheezing, and coughing will also stop. Thus the secret to eliminating asthma is to improve the health of the tonsils.

Once the tonsils become healthier, you will not catch common colds, and the best method of preventing asthma is to prevent common colds. Moreover, healthy tonsils will prevent other illnesses, including colds with fevers, sore throats, and influenza.

Although you may still get colds without fevers, these can be overcome very easily, and the slight cold symptoms that may manifest will not be able to induce the recurrence of asthma.

In addition, not only is asthma cured, but heart health will also improve. This is because when the health of the lungs is improved, the heart receives more oxygen. As a result, those who have suffered from irregular heartbeats (arrhythmia) for decades find that it disappears, and they can stop taking drugs for chest pain (angina). Therefore, the treatment of asthma is the shortcut to longevity in good health.

Be Careful With Carpets

If carpets are not cleaned frequently, they can aggravate allergies because they collect substances that very easily become airborne when people walk on them.

Moreover, many pet owners in the United States keep their pets in the house, and there is also a culture of wearing outdoor shoes inside, thereby making the issue of carpet hygiene very important.

John Roberts, an environmental engineer known as Dr. Dust, said that there is an amazingly large quantity of pollutants in the dust specimens extracted from the carpets in ordinary houses, including lead, cadmium, mercury, and insecticides as well as carcinogenic substances like polychlorinated biphenyl and polycyclic aromatic hydrocarbons. Pollutants like these aggravate asthma.