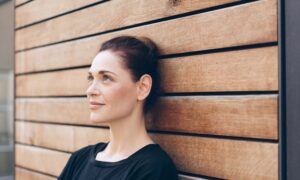 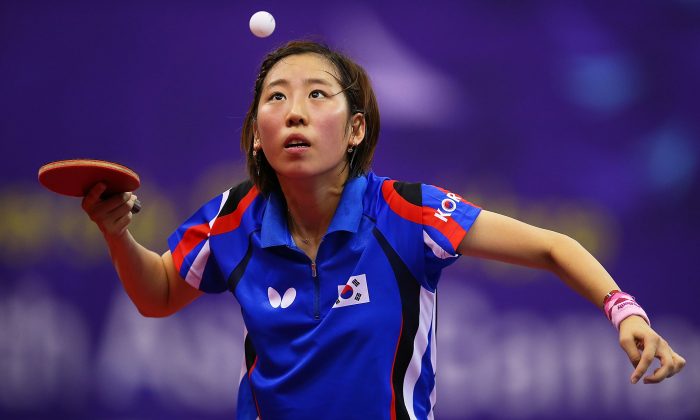 Restoring health and height in an athlete who is reaching for the gold medal in Rio
By Dr. Seo Hyo-seok
biggersmaller
Print

“Live Passionately” is the slogan of the 2016 Summer Olympics, which will heat up Rio de Janeiro, Brazil, in August.

Many athletes in a wide range of games from more than 200 countries throughout the world will be engaged in heated competition for the total of 306 gold medals in 28 events.

While I am looking forward to this Summer Olympics in general, I will be particularly cheering for one table tennis player from Korea. Her name is Yang Ha-eun.

Ha-eun, was a third-grade elementary school student at the time, and she was substantially shorter than her peers due to the allergic rhinitis she suffered and the common cold she frequently caught.

Researchers are in agreement that when one catches the common cold, growth stops for about two weeks, on average.

When she played table tennis, she had to lift her racket as high as possible above the table because her head was actually just at the height of the table. Table tennis instructors frequently commented that although she was talented, they were not sure whether she would be able to grow much taller.

However, I thought she had great potential and began to take care of Ha-eun through my ongoing sponsorship with Korean herbal medicine for pulmonary cleansing in order to supplement and improve her physique and stamina. She responded by achieving amazing results in her physique, stamina, and growth.

The following is an excerpt from the letter Ha-eun’s father sent me several years ago.

“Although there may be numerous reasons why Ha-eun, who used to get sick frequently, is able to achieve outstanding performances in most of the competitions in which she has been participating without lagging behind her senior players in terms of her physique, I believe that the Korean herbal medicine for pulmonary cleansing Dr. Seo, Hyo-seok provided her has made fundamental contributions.

“Ha-eun always had a lot of difficulties due to her allergic rhinitis but was fully cured after having taken the Korean herbal medicine Dr. Seo prescribed for her. There was also a marked improvement in her cardiopulmonary functions. She was even spared from the flu epidemic outbreak that was in full swing at the time. Even now she rarely catches the common cold.

“With substantial improvement in her physique and stamina, she has no problem whatsoever even if she has several games a day.

“Most amazing of all is the difference in her height. She grew more than 20 centimeters [about 8 inches] while she was taking the Korean herbal medicine for pulmonary cleansing.”

Since then, Ha-eun has exceeded 5 feet 7 inches in height (by the time she was in the first year of high school).

In her peak physical condition, she won all the junior table tennis competitions in Korea.

Last year, she became the undisputed world champion by winning the gold medal in the mixed double in partnership with Xu Xin of China at the World Championship in May.

This year, Ha-eun has turned 21, and so far, she has won the women’s double in the German Open as well as the Hungarian Open organized by the International Federation of Table Tennis. Currently she is ranked 11th in the World in overall division.

Ha-eun has also won her place in the national table tennis team of Korea as the ace in women’s doubles at the Summer Olympics to be held in Rio de Janeiro, Brazil, later this year.

The principle behind Ha-eun’s rapid growth in height is quite simple. Fortification of her cardiovascular functions induced an improvement in the health of her tonsils, which in turn fortified her immunity and successfully prevented the manifestation of a wide range of illnesses.

As a result, she was able to sleep soundly. This ensured proper secretion of the growth hormone that enabled her height to increase—substantially.

I have another example that illustrates this principle: a testimony sent to me by a mother of twin brothers.

Her sons were identical twins who ate exactly the same things and had the same surrounding environment. However, strangely enough, the younger son was always about an inch shorter than the older son. Upon closer examination, it was found that the younger son suffered rhinitis (a persistent sinus cold) while the older son did not.

After having extensively searched various means of curing rhinitis for the younger son, the mother visited me and administered Korean herbal medicine for pulmonary cleansing to the younger son for six months.

After six months, the younger son increased by 3 inches. He became about 2 inches taller than the older son.

Researchers on human growth assert that heredity plays only about a 23 percent role in the height of children.

She told me that her husband, seeing how rapidly the younger son grew, said to his younger son with great deal of pleasure: “How is it possible that you grow every day? I can literally see your height growing day by day!”

If the lung, the “hall of life,” is performing at its peak, it will bring all the other internal organs into harmony and enable growth.

Researchers on human growth assert that heredity plays only about a 23 percent role in the height of children, while factors such as nutrition, diseases, stresses, and the like during the growth phase of one’s life have greater influence on the extent to which the height grows.

When the health of the lung is improved through pulmonary cleansing, the tonsils are fortified, preventing the common cold, fever, and sinus cold.

The cardiopulmonary system plays the role of a general, while the stomach is viewed as an adjutant. When the general takes the lead, the adjutant naturally follows in its footsteps. When the body feels comfortable, one’s mental state will also be at ease, and the height grows accordingly.

Western medicine also acknowledges that erythropoietin (EPO) is a hormone that is produced by the kidney and promotes the formation of red blood cells by the bone marrow. Korean medicine also has the principle called “sinjugol,” which means that bones will grow well only if the kidney is healthy.

And there is a relationship between all the internal organs.

As the pulmonary functions are healthier, the health of the kidney is fortified and bone growth promoted, thereby increasing the growth of the bones with resultant growth in height.

By examining the relationship, we can see that once the lungs improve, the conditions of the heart will improve as well. Enhanced health of the cardiopulmonary system will then improve the health of the kidneys. Once the kidneys become healthier, they will be able to filter the blood more efficiently.

In this optimal metabolic state, the improvement in bone marrow will allow approximately 4 inches of growth in height per year during the growth phase of one’s life.

I believe that there is no need to be concerned about whether the growth plate is still open or not. Rather, the potential for optimum growth and healthy bone density is achieved when the roots of the diseases that inhibit growth—such as atopy, rhinitis, asthma, and the like—are eradicated.

In addition, if the pulmonary functions improve, a greater quantity of oxygen is supplied to the brain, which will completely get rid of headaches. With improved clarity in the head, the ability to concentrate is enhanced. This translates into improved academic performance in students, enhanced work performance in working people, and prevention of dementia in elderly people.

All such wonderful changes for the better stem from the fact that the lungs are overflowing with vitality. In the case of the aforementioned twin boys, the academic performance of the younger boy, who was ranked fifth in the entire school, improved to first rank following the pulmonary cleansing therapy.

The Story Behind the Birth of the Pyunkang Growth Clinic

The Pyunkang Korean Medicine Hospital that I manage has an interesting story. I opened the Growth Clinic that is currently part of the hospital by chance. It happened with the increase in the number of patients who were starting to grow again following my treatment of their “incurable” diseases such as atopy, rhinitis, and asthma.

Here are another two examples of such patients.

The first story is about a girl in the third year at Dongsan High School in Ansan, Korea. She was given the student No. 1 in the classroom. The ranking system is based on height, with No. 1 being given to the shortest student.

When she visited and underwent a bone radiograph at a Western medical hospital, she was given the diagnosis that her growth plate has closed completely. At the girl and her mother’s despair, the director of the hospital suggested visiting the Pyunkang Korean Medicine Hospital. He had heard, with great interest, of numerous cases of height growth at the clinic.

On the contrary, I was not well aware of the correlating growth in height, since I was at the initial stage of my medical practice. I was convinced, primarily, that my prescription treated rhinitis, asthma, and atopy quite successfully.

But after the Western medical doctor referred a client to me, I became interested in the concept of growth in height and decided to make formal inquiries and conduct a survey of my own patients. I surveyed the patients who had taken my prescribed Korean herbal medicine for pulmonary cleansing for more than four months.

The outcome of the survey was truly surprising. I found that all the students who were still in their growth phase experienced an increase in their height, without exception.

In one case, a high school student’s height increased by 6.7 inches in one year as a result of having taken the medicine to treat rhinitis.

The second story is about the daughter of the manager of the Medical Policy Department at the Ministry of Health and Welfare of Korea.

On the day I first met the manager, he was dejected and with a deep sigh, said: “Although my daughter is doing so well academically, she takes up after me and is very short in height. She is the shortest student in her class. Since she became an adolescent, she intentionally avoids looking into my eyes, and I feel that it is because she is blaming me for her small stature.”

He’d gone to many hospitals for consultation, and was in despair and seemed without hope when he came to my clinic.

I suggested that his daughter should try the Korean herbal medicine for pulmonary cleansing, and prescribed it.

Six months later, during which time his daughter took the medicine, he came to see me again. He thanked me wholeheartedly and said: “My daughter has grown so much that she is even taller than the student with student No. 10 in her class. I even have tea-time with her at home!”