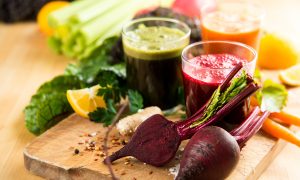 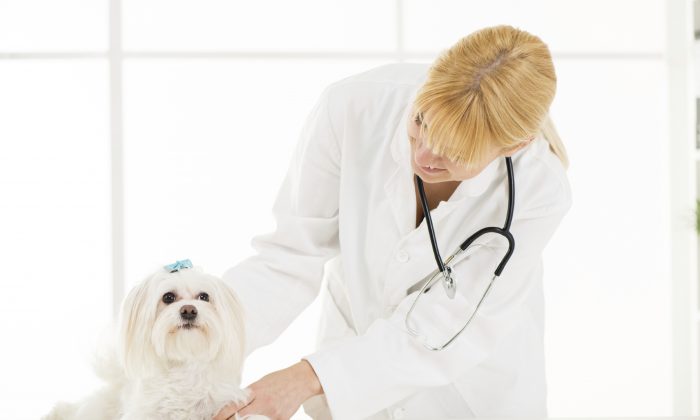 Canine eczema can be cleared up by detoxing the lungs. (Milan Markovic/iStock)
Mind & Body

Animals can enjoy longevity in excellent health if accumulated toxins are eliminated through pulmonary cleansing
By Dr. Seo Hyo-seok
Print

Buddhist teachings tell us that if something is meant to be, it will happen naturally when the time is ripe. I never planned to create medicine for animals; however, that is what came about.

In 2010, I spoke at a seminar in Osaka, Japan, on how to improve immunity and cope with allergies. After the lecture, I took questions from the audience, and the last question came from a woman who had cured her eczema by cleaning her lungs with the Korean herbal medicine formula I had developed. She asked, “What would happen if Korean herbal medicine for pulmonary cleansing were given to a dog?”

As I hesitated, she explained the reasons for her question: “My dog suffered internal urine leakage, diabetes, and glaucoma. I shared the herbal medicine I was taking with my dog, and amazingly, my dog was completely cured of these chronic disease.”

Intrigued by what she said, I considered pursuing joint research with a veterinarian when I returned to Korea. However, when I got back, I completely forgot about this because of my extremely busy schedule.

Two and a half years later, I was reminded again about treating animals with this formula when I received a detailed description of how two more dogs, Hoyoung and Hodong, had gotten well after cleansing their lungs with it. Their owner, Mrs. Kim In-hee, sent me two handwritten journals with photographs pasted in, telling me their stories and illustrating the how their treatment had proceeded.

Nine years earlier, Mrs. Kim had found Hoyoung, still a young puppy, shivering outside in a spring cold snap. Hoyoung suffered from eczema that caused itchiness all over his body and was constantly scratching.

Since she found the dog, Mrs. Kim had been taking him to a veterinarian who gave him steroid injections. This treatment made Hoyoung’s condition worse, and Mrs. Kim recalled, “Many times, family members stayed up at night to look after Hoyoung, who bled severely from injuries induced by scratching and biting his paws because of the constant itchiness.”

In particular, Hoyoung suffered severe itchiness in and around the anus and often rubbed his buttocks against the floor, which made the skin dark, hard, and dry like tree bark. The areas around the dog’s eyes were always red, and his fur also stopped growing.

Seeing how much the dog was suffering, Mrs. Kim had even considered euthanasia.

Seeing how much the dog was suffering, Mrs. Kim had even considered euthanasia.

Eventually, feeling helpless, she decided to give up the steroid treatments. Around this time, one of Mrs. Kim’s friends who had cleaned her own lungs with the herbal formula I developed, recommended that she try it for Hoyoung.

Mrs. Kim immediately took the train to Seoul to see me. At the time, she did not mention that the formula was going to be shared with her dog, but said it was for her because she had difficulty breathing and poor circulation.

She did take the medicine herself, but also shared it with Hoyoung, who by this point was in a very bad state due to the steroid injections.

She did not expect to see any meaningful improvements in his condition, so she was amazed by the changes.

She wrote that she did not expect to see any meaningful improvements in his condition, so she was amazed by the changes in him. The dog’s body, which has been swollen like a balloon, went back to normal size; his fur became lighter and softer; and new skin began to regenerate around his anus and genitals and became a natural pink color. Hoyoung was also markedly more cheerful.

Thanks to Hoyoung’s sucess, Mrs. Kim decided to give the medicine to Hodong, then 19 years old. Over the previous seven months, Hodong had developed age-related cataracts and was constantly running into things because he could not see properly. Hodong was also very lethargic and had lost all his teeth, so his tongue perpetually hung out of his mouth.

After taking the medicine twice a day for two years, Hodong’s deteriorating eyesight markedly improved, and he became much more lively as his overall physical condition got better.

The overall health of Mrs. Kim also improved substantially, which led her to send me the letter and the journals to express her “abundance of gratitude for her improved health, which resulted from her desire to provide a better life for Hoyoung.”

After hearing about the successful treatment of these three dogs in Japan and Korea, I requested scientific experiments be undertaken by the department of veterinary science of Konkuk University in Seoul. The results of this research showed several striking outcomes.

First, that my herbal medicine formula has no toxicity of any kind, including for the liver or heart. Moreover, it was proven that the medicine prevents arteriosclerosis and increases levels of good HDL cholesterol. HDL is the cholesterol that cleans blood vessels and lowers levels of bad LDL cholesterol, which is what accumulates as plaque inside blood vessels.

In addition, in spite of the short research period, the formula was found to be very effective for detoxifying from steroids, just as in the case of Hoyoung.

On the day I received the results of the experiments from Konkuk University, I realized that this was meant to be, and I was reminded of a certain little dog from my past.

The story of this dog started 23 years ago when my oldest son brought home a small, white Maltese who looked to be around 3 years old. The dog had been tied to a bicycle and abandoned under a bridge where some boys had discovered it and started to bully it.

Out of pity, my son untied the dog to allow it to run away; however, the dog followed my son and became a member of our family. We named him Doldoli, and perhaps because of his many worldly experiences, he proved to be extremely intelligent.

After living with us for about 15 years, Doldoli began to age quickly. His body rapidly weakened. He slept most of the day and began to breathe with a wheezing sound and great difficulty.

At the time, I thought that my herbal formula might help him, and I put sincere efforts into preparing some for him. Unfortunately, he refused to take the medicine.

If toxins in the lungs are thoroughly cleaned out, the whole body will regain its ability to eliminate toxins.

I still vividly remember the day he died. Just before he passed, Doldoli came to say his final good-bye to every one of my family members. He approached me first, staggering a bit and lightly colliding with me, but his gaze was tranquil. Doldoli then visited the room where my wife, second son, and daughter were, with an expression that seemed to say good-bye. Lastly, he approached my oldest son, who had brought him home, and passed away in his arms.

The tranquil gaze of Doldoli as he looked gently into my eyes and breathed with great of difficulty still remains vivid in my memory. On the surface, this appeared to be the first opportunity I had to realize that my herbal formula could treat animals; however, I could not help Doldoli because the time was not yet ripe.

I firmly believe that clean lungs are the key to life for both humans and animals. Aging results from the accumulation of toxic substances in the body. If toxins in the lungs are thoroughly cleaned out, and the lungs become healthy, the whole body will regain its ability to eliminate toxins, thereby naturally delaying the process of aging.

Eliminating toxins accumulated in the body is the secret to longevity with optimum health and is the cure for chronic diseases. Therefore, if you wish to live a long life in good health, cleanse your lungs.