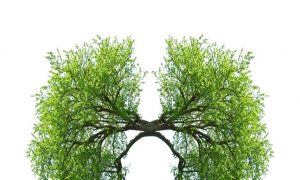 Secrets of Korean Medicine Part 2: A Simple Survival Strategy for Mankind in the Era of Viruses
0 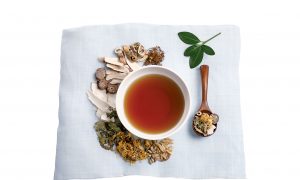 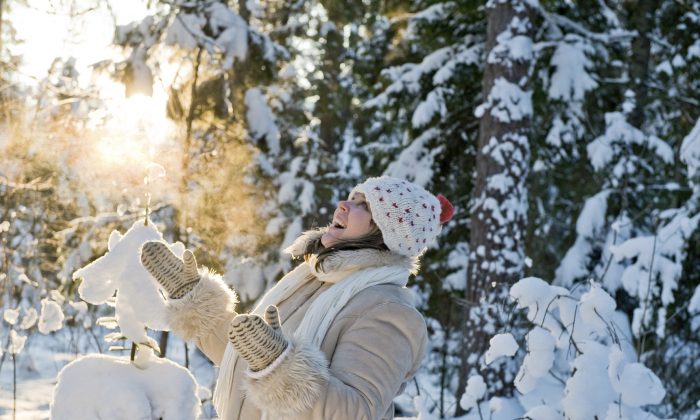 The common cold is one of the most common acute illnesses. When we have one, we literally experience the feeling of coldness, secrete mucous via our nose, and cough and sneeze in order to prevent the nasal discharge from entering the lungs.

Colds are also often accompanied by sore throats (acute pharyngitis) due to the inflammation of the pharynx, which is the membrane-lined cavity that connects our mouth and nose with the esophagus. The symptoms of a sore throat are very similar to the symptoms of tonsillitis.

Tonsillitis is an acute inflammation that generally occurs in the palatine tonsils, which are located on both sides of the root of the tongue at the back of the mouth. The tonsils are lymphatic glands that are the first line of immune protection for the body.

Your body actually has five tonsils total. The pharyngeal tonsil or adenoid is located in the upper part of the throat where it opens into the nasal cavity. The other two are the lingual tonsils, which are aggregations of tissue on the surface of the base of the tongue.

Similar to a cold, the symptoms of tonsillitis disappear within one or two weeks without needing any particular treatment, unless there is some sort of complication. Because they go away on their own, people tend to consider tonsillitis and common colds as trivial illnesses and ignore them. But this is not desirable because there is always a reason why the human body displays certain symptoms.

Another similarity between colds and tonsillitis is their cause. With both, failure of pulmonary functions to work normally leads to degradation of the immune system, leaving the body susceptible to infection.

The state of health of the tonsils can be calculated based on how often they swell.

When the tonsils are healthy and strong, they produce an abundance of lymphocytes, a type of white blood cell, which help ward off pathogens in the oral cavity and nasal tract.

Lymphocytes produced by weakened tonsils are not able to successfully combat pathogens.

However, lymphocytes produced by weakened tonsils are not able to successfully combat pathogens, thereby resulting in prolongation of symptoms. When you catch a cold, your body generates heat in the form of a fever, activates coughing, and increases the number of immune cells being produced to combat the infectious elements.

When tonsillitis manifests, it is the lymphocytes in the tonsils generating inflammation as they fight against invading pathogens. The manifestations of swollen tonsils—difficulty swallowing saliva, body aches, and throbbing pain—and high fever are all indications of this fight.

By preventing the common cold, it is possible to prevent tonsillitis as well as asthma and rhinitis (inflammation of the mucus membrane of the nose).

However, many drugs are designed to eliminate the symptoms only in the short term and are not helpful in the long run. Although taking fever-reducing drugs and antibiotics may get rid of the symptoms effectively, repeated use can induce even severer colds by degrading the self-healing ability of the body. Since the common cold is ultimately the result of a problem in immunity, it is important to prevent them by fortifying the immune system.

If you suffer cold with fevers, sore throats, or tonsillitis, the tonsils can become enlarged, a condition called hypertrophy. Western medicine treats repeated enlargement of the tonsils and frequent tonsillitis by surgically removing the palatine tonsils because of the view that the remaining three can compensate for the loss sufficiently.

My opinion is that invasion by pathogens becomes easier after a tonsillectomy.

However, my opinion is that invasion by pathogens becomes easier after a tonsillectomy because the palatine tonsils are a key first line of defense for the immune system. On the other hand, if the swollen tonsils are not removed, but rather the cause of the swelling is found and treated, it is possible to restore them to health.

If the tonsils are healthy and don’t swell for two to three years, hypertrophy will disappear. Healthy tonsils will also prevent colds with fevers and not easily become swollen. This in turn has a big impact on pneumonia risk and helps ward off pneumonia caused by certain types of bacterial infection for the next four to five decades.

It is true that if you remove the palatine tonsils, you won’t experience any adverse symptoms right away, and although you may feel more comfortable after a tonsillectomy, in the long term, tonsillectomy is not the correct choice, not only for the sake of the tonsils, but also for the health of your immune system.

In most cases, a tonsillectomy is performed during childhood, and patients don’t experience significant disadvantages because of the absence of tonsils since their immunity is quite good during this stage of life. However, as time passes, their immunity will more rapidly degrade.

In particular, in mid to late life, when pulmonary functions degrade due to accumulation of toxic substances, it is only possible to ward off pneumonia caused by bacillus bacteria if the palatine tonsils are healthy. Therefore, it is essential to refrain from undergoing a tonsillectomy without careful consideration.

The throat is an important path to the lungs and heart and accordingly has a large number of lymphatic glands. The removal of the tonsils, which some people want to do merely because they have suffered several bouts of swelling and some discomfort, may eventually induce asthma and pneumonia 40 years later because the tonsils are not protecting them and keeping pathogens from getting into the lungs.

When I was young, the health score of my tonsils was only about 50 and I frequently suffered tonsillitis, which whenever it manifested, came with a chill that was quite unbearable. My research actually began in order to find a cure for my frequent bouts of tonsillitis and as the result, several decades later, I was able to develop a Korean herbal medicine that cleanses the lungs thoroughly and thus restore the health of the tonsils.

Cleansing my lungs resulted in the normalization of the functions of the alveoli, the air sacs in the lungs where the blood takes on oxygen and releases carbon dioxide. Cleansing my lungs also lead to the fortification of lymphocytes and the size of my tonsils, which had been enlarged three to four times their usual size returned to normal.

I was also able to avoid colds with fevers and very easily overcome the occasional sore throat that manifested. The health score of my tonsils is now 100.

Cleansing the lungs is the best method of preventing not only common colds, but also tonsillitis, because clean lungs fortify the immune system and ward off pathogens that invade the body.

As Hippocrates said, “The natural healing force within each of us is the greatest force in getting well.”

It is not possible to completely prevent or recover from any disease unless the immunity of the body is fully restored. Once immunity is fortified by restoring the health of tonsils, through the reinforcement of the pulmonary functions, it is possible to prevent and fully cure not only common colds, but also various other intractable respiratory diseases induced by them.