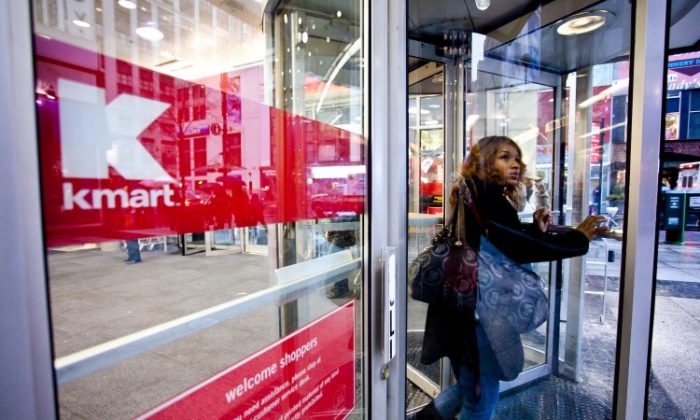 Sears and Kmart to Close Stores After Underwhelming Holiday Sales

NEW YORK—Sears Holdings said on Tuesday that 2011 holiday sales came in lower than expected, and the company would be forced to close 100 to 120 Sears and Kmart stores in the United States.

Sears, which runs both its namesake chain and Kmart, said that same-store sales declined by 5.2 percent in the eight-week period ending Dec. 25, and that year-to-date sales fell 2.6 percent.
“Given our performance and the difficult economic environment, especially for big-ticket items, we intend to implement a series of actions to reduce ongoing expenses,” said Sears CEO Lou D’Ambrosio in a statement.

The results were disappointing compared to the retail sector at large, which is expected to see one of the biggest gains in holiday sales in recent years.

Sears Holdings’ store closures will free up $140 to $170 million in cash and it will focus its investment in stronger stores. Combined, there are more than 4,000 stores across the United States and Canada.

The company is also dipping into its credit line, by borrowing $483 million as of Dec. 23. Last year around this time, the company did not have any borrowings on credit facility.

Sears is facing intense competition from the likes of Target Corp., which also targets its core middle-income customer base, and Best Buy Co. for electronics. Its shoppers have also been impacted by high unemployment rates, which have affected disposable income.

But some analysts also say that Sears itself hasn’t kept up with competition. “[Sears] offers a depressing shopping experience and uncompetitive prices,” declared retail analyst Brian Sozzi in an LA Times report. Its stores’ decor is also deemed to be barer, when compared to its rivals.

In addition, Sears lost some sales when it decided last month to open its stores at 4 a.m. on Black Friday, the day after Thanksgiving. Most of its rivals, including Wal-Mart and Best Buy, elected to open stores on the evening of Thanksgiving Day.

Sears is known for its brands such as Craftsman tools and Kenmore appliances.