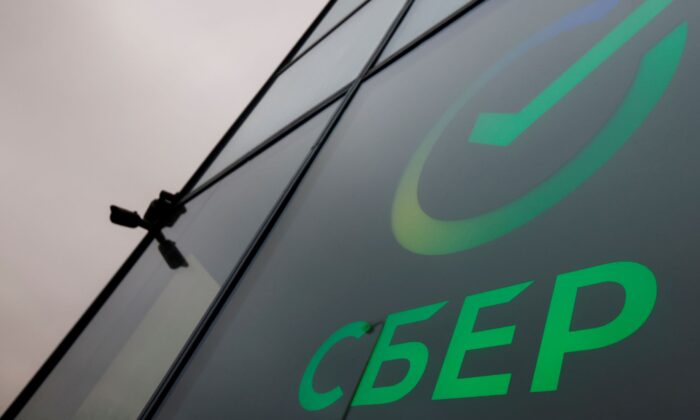 British sanctions targeted Bank Rossiya, Black Sea Bank, Genbank, IS Bank, and Promsvyazbank—smaller lenders of which only the latter is on the Russian central bank’s list of systemically important credit institutions.

In 2014, the U.S. Treasury described Bank Rossiya as “the personal bank for senior officials of the Russian Federation” when sanctioning the lender after Moscow’s annexation of Crimea.

Promsvyazbank was a commercial bank until it was bailed out and nationalized in 2017. It was later turned into a bank specializing in defense sector loans to reduce the exposure of other lenders to potential sanctions.

According to financial marketplace Banki.ru, Genbank is Russia’s 92nd largest by assets, with IS Bank and Black Sea Bank occupying 155th and 197th places respectively.

Market leader Sberbank’s shares were 2.8 percent higher by 1341 GMT, while VTB shares were up 3.4 percent.

“The really serious sanctions, which could send the market lower, start at the moment when we are talking about putting large (public) Russian banks or companies on the sanctions list, or about serious trade sanctions,” said Sofya Donets, Russia and CIS economist at Renaissance Capital.

Russia’s huge foreign currency reserves, moderate debt, and strong budget position mean most sanctions risks have already been priced in by the market, she said.

Elena Kozhukhova, an analyst at Veles Capital, said Russian banks could remain under pressure this year due to potential sanctions, but would rebound quickly should the situation improve thanks to high interest rates.