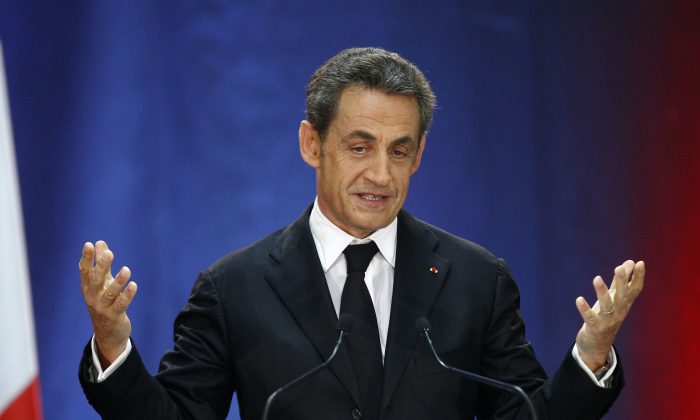 Former French President Nicolas Sarkozy speaks as part of his campaign for the leadership of his conservative UMP party in Lambersart, northern France on Sept. 25, 2014. (AP Photo/Michel Spingler)
Europe

PARIS—Former French President Nicolas Sarkozy has confirmed his intention of stepping down from being the head of the conservative party in order to run in presidential election primaries.

Sarkozy on Saturday told members of his party that this was his last meeting at that position.

Sarkozy, who lost the presidency in 2012 to Socialist Francois Hollande, has not hidden his ambition to run in France’s 2017 presidential election.

The party’s primaries are in November. Sarkozy is expected to face tough competition against 13 others in his party who have already declared their candidacies. So far, Sarkozy has not formally done so.

His main competitor, former Prime Minister Alain Juppe, on Saturday criticized the “confusion between Nicolas Sarkozy, president of the party, and Nicolas Sarkozy, candidate campaigning for the primaries.”