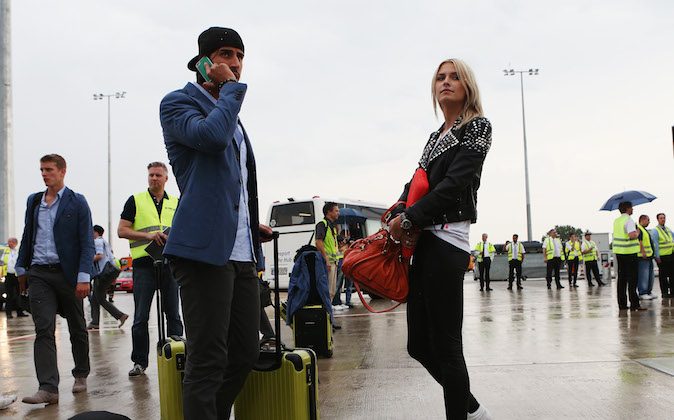 Sami Khedira (L) and and his girlfriend Lena Gercke of Germany arrive at Frankfurt Airport following Germany's defeat to Italy in the semi-final of the UEFA EURO 2012 in Poland on June 29, 2012 in Frankfurt am Main, Germany. (Joern Pollex/Bongarts/Getty Images)
Sports

Brazil World Cup 2014 is under way, and football fans will be wondering about who the various soccer superstars are with.

Lena is the winner of the first cycle of Germany’s Next Top Model in 2006.

The couple have been together since May 2011

Here is an Associated Press article on Germany and Ghana.