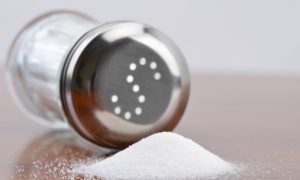 Cut the Salt, but Not All of It
0
Share Now
TelegramFacebookTweetEmailTellMeWeReddit
Copy Link 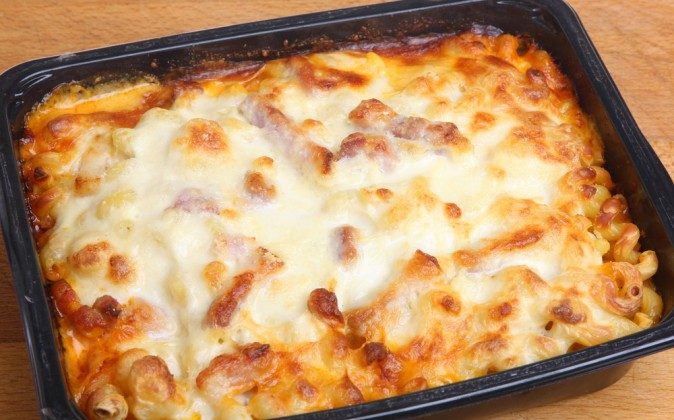 Reducing Australians' salt intake by 30% could save 7,000 lives a year. (Shutterstock*)
Fitness & Nutrition

While other nations have successfully reduced their sodium intake, Australians are still eating too much salt. And we’re paying the price with our health; a high-salt diet can lead to high blood pressure, one of the key contributors to heart disease.

Reducing Australians’ daily salt intake by 30% (from nine grams to six) could save around 7,000 lives a year, through lowered blood pressure and fewer heart attacks.

It’s time for the Commonwealth government to get tough on the food industry to reduce the salt content of processed foods.

So, what’s the best way to make this happen?

For countries where the majority of salt is already hidden in processed foods, the most effective way to achieve reductions in salt intake is for the food industry to gradually take salt out of processed foods.

But some controversy exists about whether this requires legislation (and penalties for companies that don’t comply) or whether voluntary agreements are enough to get the food industry to act.

A recent review showed that 59 countries already have food industry salt-reduction programs in place. Some of the countries reviewed are meeting with food companies and asking them to reduce salt in products where they can. But almost two-thirds (38) have established specific targets for reducing salt levels in different foods.

While the majority of these are based on voluntary agreements with the food industry, nine countries have introduced legislation on salt levels.

The United Kingdom was the first country to introduce targets for a range of foods, in March 2006, after a three-year period of research and public consultation. Seven years later, by 2013, the UK had successfully reduced the population’s salt intake by 15%.

Parallel reductions in blood pressure are estimated to be saving around 8,000 lives a year.

Other countries, including the United States and Canada, have since adopted similar voluntary measures.

But there is a growing trend towards legislation, with mandatory maximum salt standards being established for bread in a number of countries, including Belgium, Greece, Hungary, The Netherlands, Portugal and Paraguay.

Bulgaria has extended the legislation from bread, to milk products and lutenica (a vegetable relish), and Argentina has legislated salt levels for a range of products, including bread and processed meats.

South Africa first started consulting on salt targets in 2011, and in just two years passed legislation for salt levels across the range of food products.

A number of factors influenced this decision. Salt reduction was gaining a higher profile internationally. Also very important was the local research that provided context-specific data on the feasibility of salt reduction on commonly consumed foods in the South African population supported the case for legislation.

It is too early to know whether South Africa will realise the full potential of these measures, but it has been estimated they could save 7,000 lives a year.

Back in Australia, the results are mixed. The government has taken some action to address the population’s salt intake by establishing a dialogue with the food industry to reach agreements about limits for salt levels in some food products. And recent research has shown that progress has been made been made across some food categories to reduce salt.

But a review of the Australian Food and Health Dialogue (FHD) concluded it was inefficient and more focus was needed. The pace has also been slow: it took four years for the FHD to set targets for just 11 food categories (compared to three years for 80 voluntary targets in the UK, and two years for legislation on 14 targets in South Africa).

There is no doubt that food industry lobbying contributed to the slow progress of the FHD to date and the stalling of decisions on its future.

The food lobby may have also played a role in the government’s backtracking on its Health Start ratings website, which went live and was then taken down. The Star rating website will one day outline how much salt, fat and sugar products contain and this will also be displayed on front-of-pack labels.

It is now over a year since member states of the World Health Organization committed to targets to reduce average salt intake by 30% by 2025, and Australia is lagging.

Because of the strength of the food industry lobby, a strong government role is crucial to the success of any efforts to reduce the population’s salt intake.

With the support of the new evidence to show that the targets are having an impact, the government must lead the FHD, expedite the target-setting process, and establish clear mechanisms for monitoring progress. And if the food industry doesn’t respond with adequate reductions in the next few years, then the government should legislate.

Only in this way can Australia fully realise the health benefits of salt reduction.

The author would like to thank Karen Charlton, Paul Kowal and Kathy Trieu for their contributions to this article. Jacqui Webster receives funding from the NHMRC, The World Health Organization and The Victorian Health Promotion Foundation for work on salt reduction. This article was originally published on The Conversation. Read the original article.

*Images of “dough” and “baked pasta” via Shutterstock