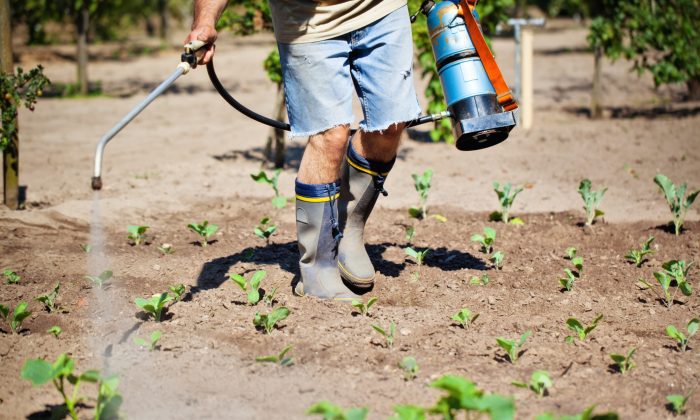 ‘Safe’ Pesticide Could Be An ADHD Culprit

New research suggests that a commonly used pesticide found on lawns, golf courses, and vegetable crops may raise the risk of attention deficit hyperactivity disorder (ADHD). The pesticide may alter the development of the brain’s dopamine system, which is responsible for emotional expression and cognitive function.

Mice exposed to the pyrethroid pesticide called deltamethrin in utero and through lactation exhibited several features of ADHD, including dysfunctional dopamine signaling in the brain, hyperactivity, attention deficits, and impulsive-like behavior.

ADHD most often affects children, with an estimated 11 percent of children between the ages of 4 and 17—about 6.4 million—diagnosed as of 2011. Boys are three to four times more likely to be diagnosed than girls.

While early symptoms, including an inability to sit still, pay attention, and follow directions, begin between the ages of 3 to 6, diagnosis is usually made after the child starts attending school full-time.

Importantly, in this study, the male mice were affected more than the female mice, similar to what is observed in children with ADHD. The ADHD-like behaviors persisted in the mice through adulthood—even though the pesticide, considered to be less toxic and used on golf courses, in the home, and on gardens, lawns, and vegetable crops, was no longer detectable in their systems.

Although there is strong scientific evidence that genetics play a role in susceptibility to the disorder, no specific gene that causes ADHD has been found, and scientists believe that environmental factors may also contribute to the development of the behavioral condition.

Researchers asked parents whether a physician had ever diagnosed their child with ADHD and cross-referenced each child’s prescription drug history to determine if any of the most common ADHD medications had been prescribed.

Children with higher pyrethroid pesticide metabolite levels in their urine were more than twice as likely to be diagnosed with ADHD.

Assessing Risk
These findings provide strong evidence, using data from both animal models and humans, that exposure to pyrethroid pesticides, including deltamethrin, may be a risk factor for ADHD, says lead author Jason Richardson, an associate professor in the department of environmental and occupational medicine at Rutgers Robert Wood Johnson Medical School and a member of the Environmental and Occupational Health Sciences Institute.

“Although we can’t change genetic susceptibility to ADHD, there may be modifiable environmental factors, including exposures to pesticides, that we should be examining in more detail,” says Richardson.

Young children and pregnant women may be more susceptible to pesticide exposure because their bodies do not metabolize the chemicals as quickly. This is why human studies need to be conducted to determine how exposure affects the developing fetus and young children, Richardson says.

“We need to make sure these pesticides are being used correctly and not unduly expose those who may be at a higher risk,” he says.

From Rutgers University via Futurity.org