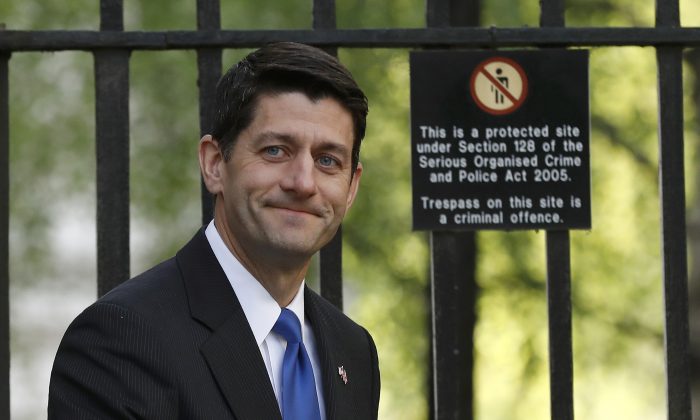 LONDON—The United States must keep military options on the table when it comes to North Korea, but it does not want to use them unless it has to, U.S. House of Representatives Speaker Paul Ryan said during a visit to Britain on Wednesday.

“… of course we don’t want to have military options employed, but we must keep all options on the table,” he said when asked if the U.S. administration would be willing to drop bombs on North Korea.

In a wide ranging question and answer session Ryan also said he supported tighter sanctions on Iran, that the United States wants to strike a trade deal with Britain as soon as possible, and that he would like to see domestic tax reforms completed by the end of the summer.