'We Are Now Bending the Curve:' Daily Hospitalizations From COVID-19 Drop in New York
0 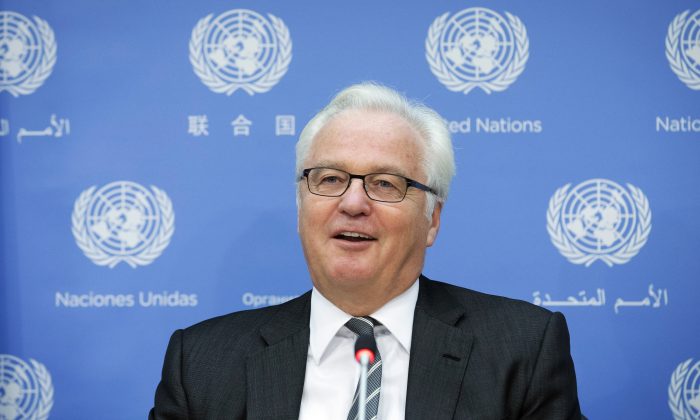 Russia’s Ambassador to United Nations Dies in NYC at 64

Churkin had been Russia’s envoy at the United Nations since 2006 and was considered Moscow’s great champion at the U.N. He had a reputation for an acute wit and sharp repartee, especially with his American and Western counterparts.

Russia’s foreign ministry called Churkin an “outstanding” diplomat and expressed condolences to his friends and family. His death, the day before his 65th birthday, stunned officials at the U.N.’s headquarters.

“Our thoughts go to his family, to his friends and to his government,” said U.N. deputy spokesman Farhan Haq, who heard the news from reporters as it circulated during a daily briefing.

Churkin was previously ambassador at large and earlier served as the foreign ministry spokesman. Churkin had a doctorate in history and was a graduate of the Moscow State Institute of International Relations.

Britain’s U.N. ambassador, Matthew Rycroft, tweeted that he was “absolutely devastated” to hear of the death of Churkin, “a diplomatic giant and wonderful character.”