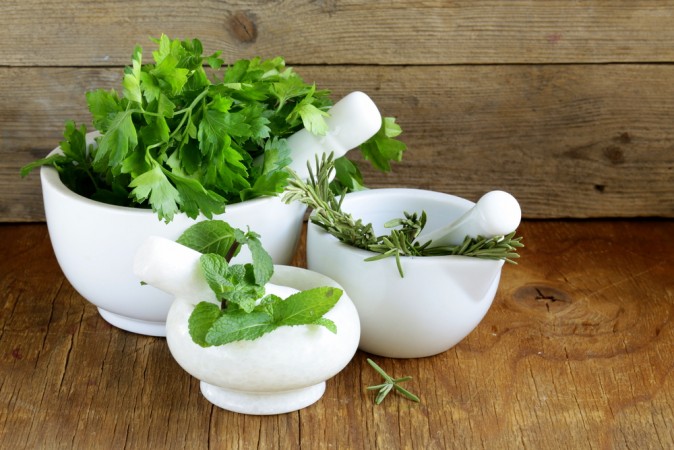 Culinary herbs are generally recognized for the unique flavors that they add to food. But new research published in the Journal of Agricultural and Food Chemistry (JAFC) has identified medicinal benefits as another distinction, particularly with the herbs rosemary, oregano and marjoram, all of which contain special diabetes-fighting compounds.

Researchers from the University of Illinois at Urbana-Champaign (UIC) and the U.S. Department of Agriculture (USDA) took a closer look at these three herbs, which earlier research has found can help keep blood sugar levels in check. Building upon this, Elvira Gonzalez de Mejia and her colleagues decided to test how each of these herbs impacts type 2 diabetes.

Compared to their dried commercial counterparts, the greenhouse-grown rosemary and oregano varieties were found to contain significantly higher polyphenol levels. They were also determined to be superior inhibitors of DPP-IV, an enzyme that under normal conditions removes excess incretin from the body. In diabetics, a lack of incretin can lead to high blood sugar, hence the need to reduce DPP-IV levels in order to compensate.

On the other hand, commercial dried varieties of rosemary, Mexican oregano and marjoram were found to be superior inhibitors of PTP1B, an enzyme that, when reduced or eliminated, helps enhance insulin signaling and tolerance. In other words, reducing PTP1B levels can not only help improve the body’s response to sugar intake and metabolism but also help block the storage of damaging triglycerides.

Greenhouse-grown Mexican oregano and rosemary both contain phytochemicals that liquid chromatography electrospray ionization mass spectrometry testing found to have special binding affinities for DPP-IV. Hispidulin, carnosol and eriodictyol are included among these, while cirsimaritin, hispidulin and naringenin were found to be the most potent inhibitors of DPP-IV.

“There is a need to identify natural compounds that can aid in the management of this disease,” wrote the authors in their study, which notes that 8.3 percent of Americans now suffer from type 2 diabetes, which costs the U.S. more than $175 billion annually to treat.

Oregano and Rosemary May be Safer, More Beneficial than Popular Antidiabetic Drugs

Though the herbs demonstrated efficacy similar to, or even exceeding, that of popular antidiabetic medications, the study’s authors are hesitant to recommend that people ditch their drugs in favor of them. For now, they are toeing the usual line, saying that more testing is needed, though folks who want to try incorporating more rosemary and oregano into their diets now are sure to gain some benefits.

“We need to test interaction studies with the current drugs to make sure there will not be an antagonistic effect and, on the other hand, may be a synergistic effect,” stated Gonzalez de Mejia to Yahoo Health. “We need clinical studies to demonstrate a dose-response of the products.”