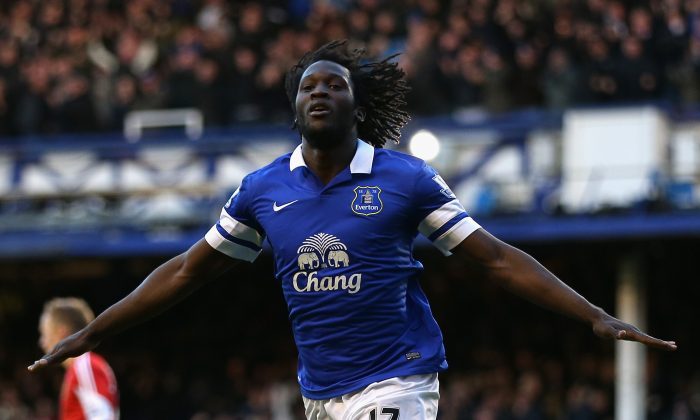 Chelsea striker Romelu Lukaku could go on loan to Atletico Madrid next season.

According to the Mirror, Atletico Madrid executive Miguel Angel Gil Marin has began negotiations to bring the 21-year-old Belgium international to Vicente Calderón Stadium on loan.

Chelsea have reportedly asked for £35 million ($59.6 million) for Lukaku, but Atletico are not interested in such a deal.

Lukaku has spent a couple of seasons on loan from Chelsea already. He spent the last season at Everton, where he played well.

As Chelsea are also looking to poach Atletico left-back Felipe Luis, Lukaku might see himself moving away from Stamford Bridge one way or another.

Here is an AP article on Lukaku.

MOGI DAS CRUZES, Brazil (AP) — All of 21, Romelu Lukaku is already full of coaching advice for Manchester United on how Belgium teammate Marouane Fellaini should be played.

Fellaini is coming off a mediocre season after he was the top transfer for the team, which was marred by injury and the unsuccessful coaching stint of David Moyes.

If only they had taken the advice of Lukaku on how to maximize the midfielder’s talents.

“The way he was used last year wasn’t the way he should be used in a team,” Lukaku said.

“You should play him higher up the pitch. Not really as a No. 6 but as a No. 8,” he added, referring to the central midfield position and one that is farther upfield. “That is his best role because he scores goals and he covers a lot of distance as well.”

That’s where he usually plays for Belgium, and Fellaini proved his value in the World Cup opener against Algeria by using his bulk and power to get Belgium back in the match with the first goal in what eventually turned into a 2-1 victory. Voila!

Next step: Convince new Manchester United coach Louis van Gaal, who is still working the Dutch bench in Brazil. Not the most obvious man to take advice from young players.