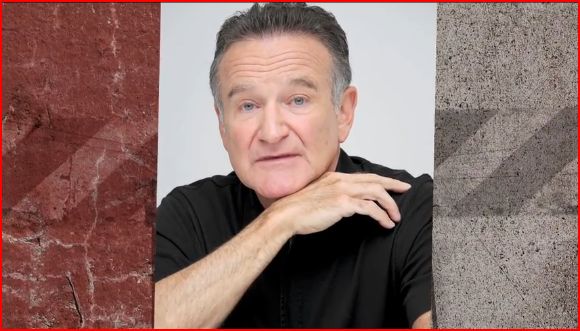 Robin Williams is dead at 63. The comedian carried insecurity and self-doubt with contagious intensity. He was so grandiose and wild that it would’ve irritated audiences to their cores had his eyes not betrayed an insatiable melancholy, imploring, please, I just want to be liked.

Williams was recurrently, proactively conscious of his fraught need for fame. Amid the 1994 Mrs. Doubtfire publicity he said, “You have an internal critic, an internal drive that says, ‘Okay, you can do more. Maybe that’s what keeps you going. Maybe that’s a demon. Some people say it’s a muse. No, it’s not a muse! It’s a demon!”

In one two-year period, Williams made eight movies. “At one point the joke was, ‘There’s a movie out without you in it?” Williams said. “You have this idea that you’d better keep working otherwise people will forget. And that was dangerous. And then you realize, no, actually if you take a break people might be more interested in you.”

But near the end Williams said he was “not afraid to be unhappy,” a virtue he called “the gift.”

Is that manufactured sentimentality? I hope it doesn’t read that way. It’s real.

He took risks and said things most of us only think. For it, for taking the risks we all want to and bearing his weaknesses alongside his passion and poise, he is more than respected, he is loved.