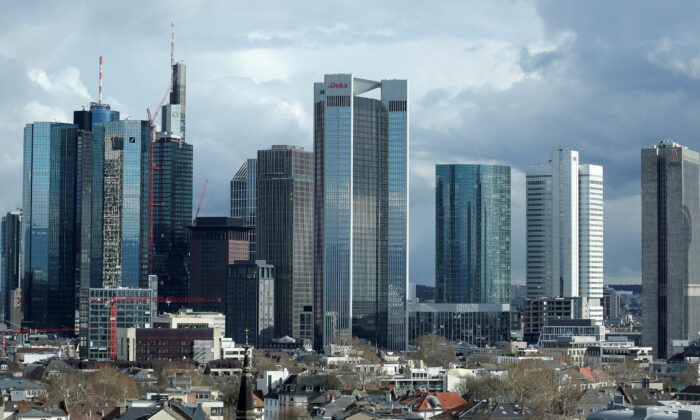 BERLIN—Around 40 percent of German companies are already feeling the impact of rising energy prices and almost half want to reduce investments due to rising energy costs, a survey showed on Monday.

Around 46 percent of companies said they want to reduce investments due to rising energy prices and a quarter of German companies expect to see a burden from price shock in the second half of the year, a survey by the Ifo Institute published by Augsburger Allgemeine newspaper showed.

The survey, which questioned 1,100 companies, most of them family businesses, showed that every tenth firm was considering giving up energy-intensive businesses entirely, while 14 percent were mulling job cuts due to rising energy costs.

Almost 90 percent of companies said they would probably have to raise prices to counter soaring costs, while three quarters plan to expand their investments in energy efficiency, it added.

“We need a policy that corrects this distortion of competition and stops energy prices from soaring,” said Rainer Kirchdoerfer, board member of The Foundation for Family Companies which commissioned the survey.