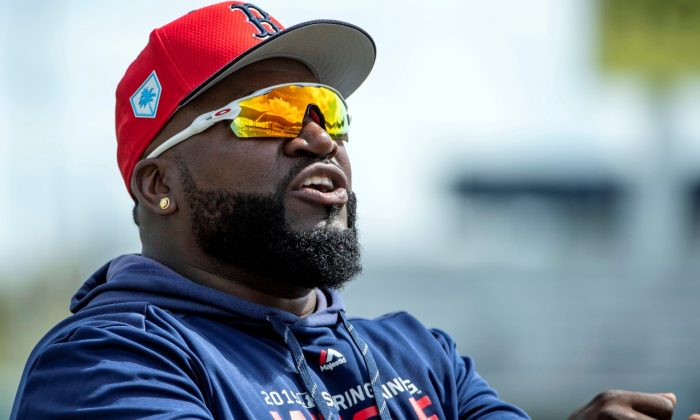 Boston Red Sox former player David Ortiz walks on the field prior to the game between the Boston Red Sox and the Minnesota Twins at JetBlue Park in Fort Myers, Fla., on Mar 3, 2019. (Douglas DeFelice/USA TODAY Sports)
US News

Retired Boston Red Sox baseball player David Ortiz has been released from the hospital after he was shot in the Dominican Republic last month, a representative for the Red Sox said.

Ortiz, known as “Big Papi,” was recovering in Massachusetts General Hospital from wounds he suffered when he was shot at an open-air nightclub in the capital of his native country on June 9.

“We understand that David has been released from the hospital. The family will be issuing a statement on his condition this week,” the Red Sox representative said in an email late Saturday.

Dominican authorities have concluded that Ortiz was not the target of the attack and the shooter meant to kill somebody else – a friend of Ortiz, identified as Sixto David Fernandez.

Television host Jhoel Lopez was also wounded in the shooting.

Several arrests have been made in the case.

Ortiz, 43, is revered in Boston for helping the Red Sox win three World Series championships, including the memorable 2004 title that broke an 86-year drought for the club.

He retired after the 2016 season while still one of the best hitters in the game, making the Major League Baseball All-Star team that season while leading the league in several statistical categories.