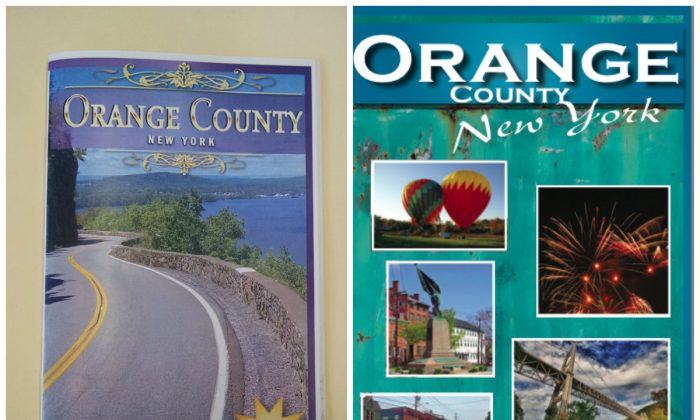 A company called Skyline Publishing has been calling Orange County businesses and asking if they want to advertise in its Orange County Relocation/Resource Guide, but several businesses contacted by Epoch Times have not been satisfied with the results.

Annatte Wolf, the owner of Bear Mountain Spa was one of the business owners who took out an ad. This is her second year advertising with them and she assumed that since the company sent her a hard copy of the guide (before she paid) with her advertisement in it, everything was good.

“I just thought that since they went through the whole effort to print it out, they would distribute it,” she said in a phone interview.

But Epoch Times could not confirm the distribution Skyline claims.

I just thought that since they went through the whole effort to print it out, they would distribute it.
— Annatte Wolf, Owner, Bear Mountain Spa

Wolf remembers the sales person specifically mentioned West Point and the Orange County Chamber of Commerce as places that carry the guide, but never thought to check.

At the Orange County Chamber of Commerce, the executive administrative assistant said she had never heard of the guide and to her knowledge they had never carried it.

The Military Academy’s Visitor Center, its housing office, and the West Point Museum said that they did not carry it.

The county has never carried it in its offices, the mayors of Goshen and Port Jervis had never heard of it, and the mayor’s office in Middletown likewise had no knowledge of it.

The mayors of Goshen and Port Jervis had never heard of it, and the mayors office in Middletown likewise had no knowledge of it.

When Epoch Times called Skyline Publishing on March 1, the salesman for Orange County, Dean Zehr said they had a list of locations but offered to send the guide in the mail for free, saying it would take him a while to get the list. He said they might not be at those locations now because they had run out and would have to call around to find out which ones were still stocked.

When asked how many they distribute in Orange County, he said he did not know.

“Several thousand, but I couldn’t say. I don’t want to give you a ball park because that’s not really my department, I’m just a marketing manager,” he said.

Initially she told him she was not interested because none of the companies listed in the guide were in Port Jervis, but then he told her the Erie Hotel, which is in downtown Port Jervis, was going to be in it.

He kept changing the price of the ad as he got more pushy.
— Allyson Gillinder, Gillinder Glass Store and Factory

She agreed to take out a half-page ad and sent in her information and artwork for them to design it. “It took them a while to get back to me with the proof, meanwhile they kept sending me invoices,” she said.

She told them she would not send them any money till she saw the proof, and around Feb. 2 she finally got a copy of the guide in the mail.

Her ad was in there as Zehr had promised, but the Erie Hotel, which his assistant Gina said in an email that Zehr had said would be on the Things to Do page, was not.

Gillinder called the owner of the Erie, Linda Brink, who said she had never been contacted by Skyline, had never heard of them, and certainly had never taken out an ad with them.

At that point, Gillinder contacted Skyline, and after much difficulty reaching someone, was told she would not be charged for the ad because she was misled.

After much difficulty reaching someone, she was told she would not be charged for the ad because she was misled.

Gillinder later Googled the company and saw a number of complaints about the company. Just to make sure it was true, she asked the executive director of the Tri-State Chamber of Commerce, Charlene Trotter about Skyline, since Zehr said the guide was carried by local chambers. Trotter she had never heard of Skyline, and they had never carried its publication.

Like Gillinder, Elsie Brechbiel, the general manager at Arrow Park in Monroe, had also verbally agreed to take out an ad, but she thought Zehr was doing sales for the Orange County Travel Guide, an annual publication put out by the Orange County Department of Tourism.

She knew Zehr was with Skyline Publishing, and thought it was strange that the Department of Tourism did not contact her directly. She has advertised in the department’s guide before, and the prices Zehr quoted were much lower than what she had previously paid for the Travel Guide.

“I asked him multiple times if he was with the Orange County travel magazine and he said ‘Yes,'” she said in a phone interview. “I even said, “Then can we change our listing?’ and he said, ‘Of course, of course, I see you’re here under swimming.'”

I asked him multiple times if he was with the Orange County travel magazine and he said ‘Yes.’
— Elsie Brechbiel, General Manager, Arrow Park

Thinking the department must have outsourced the production of their guide, she verbally agreed to purchase an ad, but canceled once she talked to Susan Hawvermale, the director of the Department of Tourism, and discovered it was not the Travel Guide.

To clear up the confusion, Hawvermale then sent out an email to all of the tourism sites she was connected to, but already several businesses had given verbal agreements to place an ad.

Hawvermale said she had not heard of anyone who had paid yet.

Brechbiel contacted Skyline and told the woman who answered the phone that she was not paying because she was lied to, and without hesitation the woman said that was fine. “And that was it,” Brechbiel said, adding it sounded like this was routine for them.

In another communication with the company, however, they seemed not to know who Dean was.

“I reached out to, I believe it was Marianne, saying ‘I spoke with Dean,’ and they were like, ‘Uh, who is Dean?'” she said.

“I reached out to, I believe it was Marianne, saying, ‘I spoke with Dean,’ and they were like, ‘Uh, who is Dean?’
— Elsie Brechbiel, General Manager, Arrow Park

Other companies like Bear Mountain Spa in Bear Mountain and New Street Tavern in Goshen were also under the impression that they were taking out ads in the Orange County Travel Guide, and were still under that impression when Epoch Times contacted them.

When Epoch Times called Skyline on March 2 asking for a response to this story, a representative of the company said, “No comment.”

Skyline is based in Peoria, Illinois, and Zehr sells ads over the phone, recording the sales calls.

On its website, Skyline has listed 82 2014-2015 resource guides from counties all over the country (8 of which are in New York), as well as 12 maps. The company’s website also says it does posters, sports booklets, and business cards.

There is a scam alert on the company’s home page that says the company has “never changed their name, gone out of business, or merged with any other company,” and gives a list of 9 other companies who they claim have been using their name illegally.

In a scam alert on the company’s home page, it says they have “never changed their name, gone out of business, or merged with any other company.

In 2007, the Illinois Attorney General filed charges against Loyalty Publishing, Inc., Skyline Publishing’s parent company, which at that time was doing business as All-Star Publishing.

The defendants, two of which were in Peoria County and two in Tazewell County in Illinois, led the businesses to believe that a portion of the proceeds from the ads would be given to the athletic teams.

In a few instances in which the defendants sent checks of $50 or $100 to a school district, the districts often returned the money to the defendants to show their disapproval.
— The Office of the Illinois Attorney General

In a little over a year before the charges were filed, the Attorney General’s office received eight complaints about All-Star, seven from out of state and one from Peoria County.

Loyalty Publishing, Inc. agreed in an out-of-court settlement to pay a $5,000 fine in addition to stopping the offending marketing tactics, but did not admit guilt.

On the website consumeraffairs.com, there are 18 complaints against the company with recurring themes about how businesses were misled. They include being promised one thing and receiving another, getting billed before receiving the product, being ignored when asking for a list of distribution locations, and receiving calls from collection agencies when they either never took out an ad with the company or had already paid in full.

The company’s profile on the Better Business Bureau (BBB) says it is not accredited by the BBB, but does have a warning on it.

The company’s profile on the Better Business Bureau (BBB) says it is not accredited by the BBB, but does have a warning on it.

“Complaints allege high pressure sales practices, no formal publication dates provided, poor quality products, and difficulty canceling. The company responds to complaints by offering to make changes to an ad and providing a recorded conversation of Skyline with the business agreeing to purchase an ad. In some cases, the business has offered to accept cancellation with a $50.00 cancellation fee.”

So far none of the businesses in Orange County have reported the company to the Orange County Department of Consumer Affairs, and the New York State Attorney General’s office likewise had no complaints on file.

It is unknown exactly how many businesses have done business with Skyline Publishing in Orange County.

It is unknown exactly how many businesses have bought ads from Skyline Publishing in Orange County. In the 2014-2015 guide, there are 30 advertisements for local businesses ranging from restaurants to tarot card readers to senior homes and auto body shops.

When Epoch Times contacted Skyline on Feb. 22, a woman named Gina said she thought they had been doing business in Orange County for four years.

Despite the fact that it was already February, they were still selling ads for the 2016 edition.