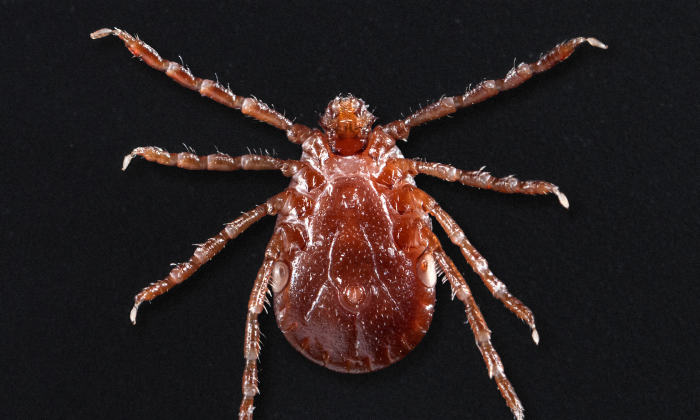 An invasive tick species typically found in parts of Asia has been linked to the death of at least five cows in the United States, and now researchers are concerned they could spread diseases to humans.

The Asian longhorned tick, which was first reported in the United States in Sept. 2017, has drained the blood of five cows in North Carolina, after tick infestations caused acute anemia in the animals, according to North Carolina’s Department of Agriculture & Consumer Services.

According to the Centers for Disease Control (CDC) (pdf), thousands of ticks can be found on an animal at one time.

Ticks can carry infectious agents such as bacteria, viruses, or parasites, which can cause illness. Watch #CDCGrandRounds encore session, 7/16 at 1pm ET, to learn about emerging issues related to ticks and tickborne disease. https://t.co/THBrvIHwR2 pic.twitter.com/Vwm6fGY7N8

The species is also known as the “clone tick,” as a well-fed female is able to reproduce and lay as many as 2,000 eggs without mating, and its growing population in the United States has alarmed researchers who fear they could spread diseases to humans.

The ticks have been found on pets, livestock, wildlife, and people in Arkansas, Connecticut, Kentucky, Maryland, New Jersey, New York, North Carolina, Pennsylvania, Tennessee, Virginia, and West Virginia, according to the CDC.

The arachnid has even reduced dairy cattle production by 25 percent in New Zealand, according to the Center for Infectious Disease Research and Policy (CIDRAP).

While the CDC hasn’t yet found evidence of Asian longhorned ticks spreading disease to people in the United States, researchers remain wary as they say tick bites have made people and animals seriously ill in other countries.

Another new tick, and this one can clone itself. Since 2013, the Asian longhorned tick has appeared in 11 US states. Tick-borne diseases are on the rise, reaching a record high in 2017 of more than 59,000 cases.https://t.co/m1ng580297https://t.co/NrzwWpUQlW pic.twitter.com/5dbAvgX3Z9

It is “an important vector of human and animal disease agents,” the CDC said in a report published March, adding that in Asia, the species carries a virus that kills 15 percent of people it bites.

A May 2019 report published in the journal Clinical Infectious Diseases lists concerns that the species could spread diseases such as the Powassan virus to humans, reported the New York Post.

“The findings of this investigation suggest that public health messages may need to be changed, at least in certain geographic areas, to emphasize a wider range of potential tick habitats,” its authors wrote.

Meanwhile, CIDRAP said harmful bacteria such as Borrelia, which can cause Lyme disease, and the bacteria which causes Japanese spotted fever, Rickettsia japonica, can be harbored in humans by the Asian longhorned tick.

Its study published in Nov. 2018 found the ticks can also transmit viruses such as Powassan and Heartland to humans, as well as the thrombocytopenia syndrome virus (SFTSV), which causes a human hemorrhagic fever, CIDRAP found.

Lead author of the study, Ben Beard, said in a press release for CIDRAP, “The full public health and agricultural impact of this tick discovery and spread is unknown.”

“In other parts of the world, the Asian longhorned tick can transmit many types of pathogens common in the United States,” he continued.

“We are concerned that this tick, which can cause massive infestations on animals, on people, and in the environment, is spreading in the United States.”

“Infectious disease researchers are becoming increasingly alarmed at the murderous Asian Longhorned tick, which has made its way from farm animals to an unsuspecting Yonkers man…” @nypost #asianlonghornedtick https://t.co/rFXs8bHlUi

Last year, a 66-year-old man was bitten by an Asian longhorned tick while doing yard work, reported the New York Post. He brought the insect to be inspected by health officials out of fear he would catch Lyme disease, but was found to be disease free.

The CDC advises people to inspect clothing after spending time outdoors, and to remove the Asian longhorned tick as quickly as possible.