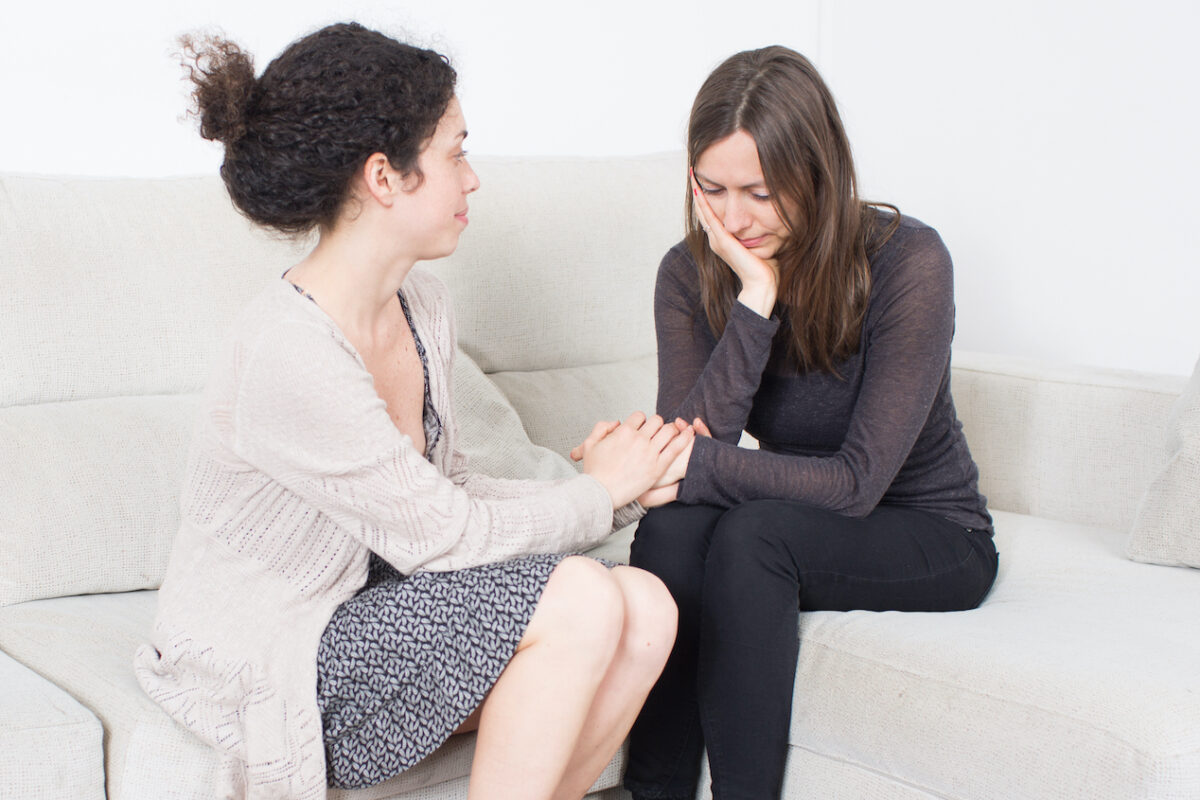 We all make mistakes. If we want to do better in the future, and regret our actions, it helps to tell someone, researchers found. (Adam Gregor/Shutterstock)
Self Improvement

A new study has found there are times when it helps to admit our lapses in self-control
BY Liz Entman TIMEAugust 18, 2022 PRINT

Guilt plays a role in whether admitting to a lapse in self-control helps us resist temptation in the future or makes us more likely to give in again, according to new research.

We’ve all slipped up when we’re trying to improve ourselves, perhaps by eating better or spending more wisely, and sometimes when we do, we tell someone. But little is known about what we actually do next. Does admission help us or hurt us in reaching our goals?

“Most research on confession examines either religious contexts or criminal ones,” said Kelly Haws, a professor of marketing at the Owen Graduate School of Management at Vanderbilt University. “What we wanted to look at was the consequences of confessing everyday lapses of self-control—the kind of instances where the only person you fail is yourself.”

Haws and coauthor Michael Lowe of Georgia Tech found that confession affects our behavior, though in sometimes contradictory ways—sometimes it seems to strengthen our resolve the next time, while other times it appears to weaken it. The researchers theorized that feelings of guilt might make a difference.

In a series of five experiments, four involving food and one involving money, the researchers sought to examine how consumers responded differently after confessing versus just keeping their transgression to themselves, and to tease out the role of guilt.

While each experiment varied somewhat to explore different nuances, they all asked participants to consider an episode of self-control failure, consider disclosing their slip-up, and then consider their subsequent behavior. In order to make sure the findings could be broadly applied, subjects included university students and adults of all ages using the MTurk platform.

The researchers found that the interaction of guilt and confession help to explain the contradiction they observed. In high-guilt scenarios, the act of confession predicted increased self-control next time. In low-guilt scenarios, however, confessing actually led to poorer self-control, suggesting that insincere confessions might actually undercut any benefit we might gain from seeking accountability.

The researchers found that two additional factors influenced the effect of guilt on confession: public accountability and self-discrepancy—the degree to which a person feels their actions diverge from their standards.

“If you just wrote your confession on a piece of paper and tore it up, it wouldn’t work,” Haws said. “You need to know that someone else might see it.”

Furthermore, she said, when guilt is high, confessing reduces self-discrepancy—in other words, it brings us closer in line with how we think we ought to be—and that seems to help empower us to do better next time.

Haws said this research could eventually help organizations like weight-loss support groups and addiction recovery facilities understand how and when publicly confessing missteps to their peers can help their clients change their behavior—and when it might undermine them instead.

The paper appears in the Journal of Personality and Social Psychology.