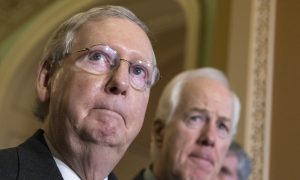 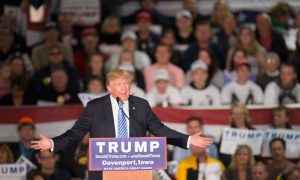 Republican Voters No Problem With Trump
0 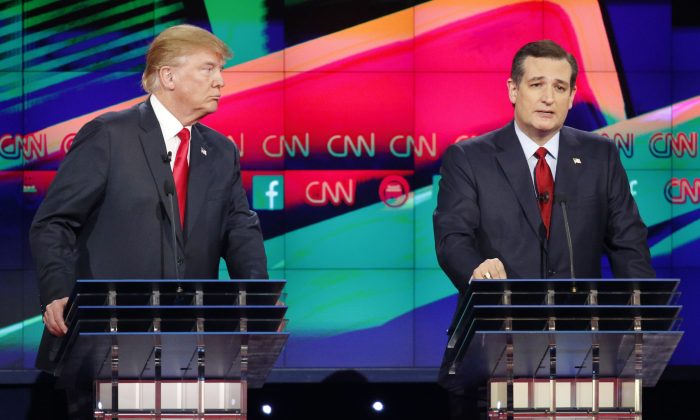 WASHINGTON—A smaller cast of Republican presidential candidates returns to the main debate stage Thursday night, one of the last high-profile opportunities for the White House hopefuls to sway voters before the Feb. 1 Iowa caucus.

The prime-time showdown in South Carolina will highlight a race that has cleaved into two distinct — and increasingly heated — contests.

After months of civility toward rival Ted Cruz, front-runner Donald Trump is aggressively targeting the Texan, positing that the Canadian-born senator may be ineligible to be president.

Cruz has “a little problem,” Trump told a crowd in Pensacola, Florida, Wednesday night. “I’m sure they’ll get into it tomorrow night.”

Cruz dismisses that claim and is returning the fire, accusing the brash businessman of having “New York values” and questioning his foreign policy credentials.

Four other candidates are fighting to become the more mainstream Republican alternative to the pair of anti-Washington candidates leading the field. Florida Sen. Marco Rubio is seen by some as having a slim edge, opening him up to a torrent of criticism from his rivals about his voting record in the Senate and his immigration policy, as well as the 44-year-old’s youth and relative inexperience.

The Republican divide has given definition to a race that has been otherwise unwieldy and chaotic. Trump’s stranglehold on the lead has confounded many of his rivals and forced party leaders to grapple with the prospect of him eventually becoming the GOP nominee.

Former Florida Gov. Jeb Bush has been among the few establishment Republicans jabbing Trump in recent weeks — a fact his campaign is quick to point out. In a likely preview of his debate tactics, Bush sharply criticized Trump on Wednesday for holding positions on taxes, guns and health care that he says are out of step with conservatives.

Host Fox Business News tightened the qualifying rules for Thursday’s debate, resulting in the smallest group of candidates in the headline event to date. Also on the main stage will be New Jersey Gov. Chris Christie and Ohio Gov. John Kasich, who are battling Rubio and Bush for the establishment vote, as well as retired neurosurgeon Ben Carson, whose standing in the race has steadily fallen.

Christie is enjoying a burst of momentum in New Hampshire, where he’s devoted significant time to courting the state’s quirky blend of moderate and libertarian voters. He’s had strong debate performances in the past, but is likely to face heightened scrutiny from his rivals as a result of his rise in the first-in-the-nation primary state.

The debate rules resulted in businesswoman Carly Fiorina being bumped to the undercard event. Kentucky Sen. Rand Paul was also demoted, but is choosing not to participate in the early evening contest.

Republicans have one more debate scheduled before voting begins in Iowa, a Jan. 28 event in Des Moines.