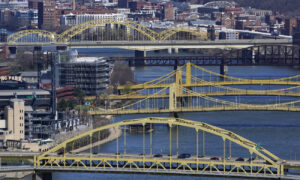 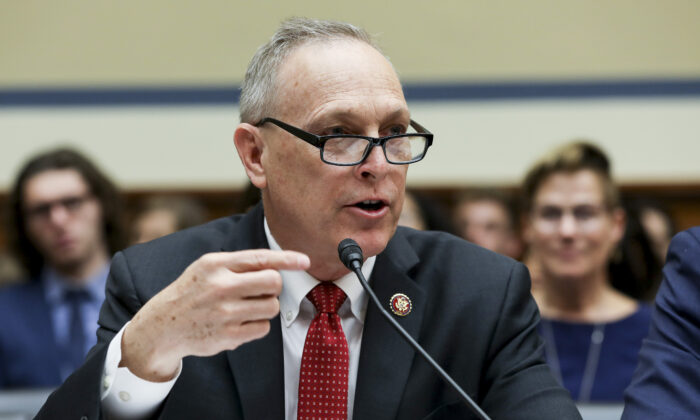 Rep. Andy Biggs (R-Ariz.) testifies at a House hearing in front of the Committee on Oversight and Reform, in Washington on July 12, 2019. (Charlotte Cuthbertson/The Epoch Times)
Vaccines & Safety

Rep. Andy Biggs (R-Ariz.) introduced legislation on Thursday that would ban federal agencies from creating so-called “vaccine passports,” credentials that could take the form of an app or a physical document that indicate whether someone has been inoculated against the CCP virus, which causes the disease COVID-19.

The proposed bill, called the No Vaccine Passports Act (pdf), would set in law prohibitions preventing federal authorities from future issuance of any standardized documentation that could be used to certify COVID-19 vaccination status to third parties, like airlines or restaurants.

The bill would also prohibit proof of COVID-19 vaccination from being a requirement to access federal or congressional property and services, Biggs’ office said in a statement.

“My private healthcare decisions—and yours—are nobody else’s business,” Biggs said in a statement. “Vaccine passports will not help our nation recover from COVID-19, instead, they will simply impose more Big Brother surveillance on our society.”

The White House said on Tuesday that the Biden administration is opposed to federal vaccine passport mandates. In light of Biggs’ proposal, The Epoch Times reached out to The White House to confirm that nothing has changed in this respect, but did not receive a reply by publication.

Biggs’ legislative push comes amid growing controversy over vaccine passport-style systems, which have been proposed in some countries and as some U.S. states and regions have considered their adoption. Hawaii has floated the idea of imposing a vaccine passport for inter-island travel, and New York state has rolled out its “Excelsior Pass” system that would require people to show that they have been vaccinated when trying to enter certain events and locations.

Vaccine passports have been criticized by civil liberties groups, who say it would potentially violate Americans’ privacy rights while denying key services to people who are not vaccinated.

White House press secretary Jen Psaki said on Tuesday said that vaccine passports will not be developed or supported by the Biden administration, an announcement that came after several Republican governors issued executive orders barring them.

“The government is not now, nor will we be supporting a system that requires Americans to carry a credential. There will be no federal vaccinations database and no federal mandate requiring everyone to obtain a single vaccination credential,” Psaki told reporters at the White House.

“Our interest is very simple from the federal government, which is Americans’ privacy and rights should be protected so that these systems are not used against people unfairly,” Psaki clarified Tuesday. She again said the government would provide guidance on privacy concerns related to vaccines.

“Government should not require any Texan to show proof of vaccination and reveal private health information just to go about their daily lives,” Abbott said in a statement.

Other Republican governors have recently expressed their concern over vaccine passports, with Georgia Gov. Brian Kemp saying he does not and “will not support any kind of state-mandated vaccine passport.”