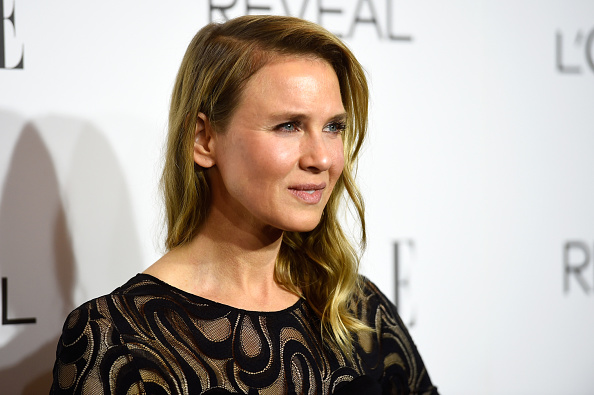 Renee Zellweger may get married in a “secret” New Year’s Eve wedding, according to a tabloid report.

Zellweger, 45, has been dating guitarist Doyle Bramhall II for the past two years.

A source told the National Enquirer, which always should be taken with a grain of salt, that she’ll be married later this year. However, the Enquirer (which is sometimes credible in its reporting) could actually be right this time, as another publication reported that she is “ready for marriage and kids.”

“She’d like to conceive naturally, but if that doesn’t happen she’s open to adoption. She already has the names of a few agencies,” an source told OK! magazine this week. The publication also said that she is looking to move to Austin, Texas.

But the OK! report said that the two will likely get married next spring–not on New Year’s Eve 2014.

A source told The Enquirer: “Renée is madly in love with Doyle and wants to close out 2014 by marrying him where they share special memories. She sent out ‘save the date’ emails to about 15 friends for New Year’s Eve.”

Zellweger was married to country star Kenny Chesney for about 128 days in 2005 before their marriage was annulled.

“‘I made the biggest mistake of my personal life. I felt a failure. I was looking for something else. I just needed to put acting aside. I needed to sit still and not to worry about the dresses and the hair and the travel and the interviews. I was going through huge life changes at the time. I wanted to stop and be a girl for a while,” she later said, via MailOnline.

Last month, Zellweger received backlash for her looks after she made several public appearances. Some people alleged that she got too much plastic surgery.

“I did work that allows for being still, making a home, loving someone, learning new things, growing as a creative person and finally growing into myself.”