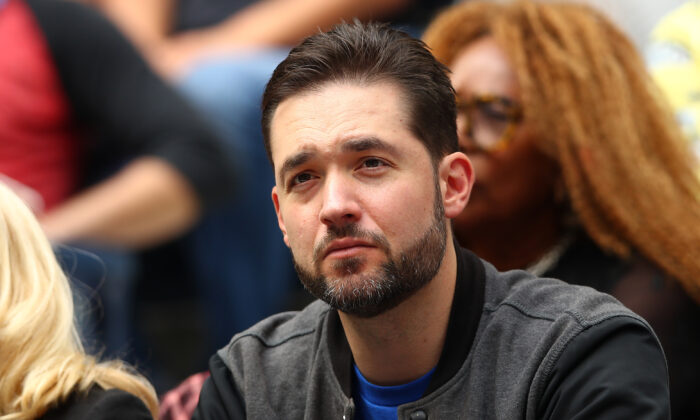 Alexis Ohanian, entrepreneur and husband of Serena Williams, watches the Women's Singles final match between Serena Williams of the United States and Bianca Andreescu of Canada on day thirteen of the 2019 US Open at the USTA Billie Jean King National Tennis Center in the Queens borough of New York City on Sept. 7, 2019. (Clive Brunskill/Getty Images)
Companies

Alexis Ohanian, the co-founder of Reddit, told conference attendees on Tuesday that he has partnered with Solana Ventures to further the growth of decentralized social media projects on the Solana blockchain.

According to a report from CoinDesk, Ohanian’s venture firm Seven Seven Six and Solana Ventures announced a $100 million commitment to “the next wave of social, built on Solana” at the Solana Conference in Lisbon.

Originally, the investment was meant to be $50 million but Ohanian reportedly increased the amount to $100 million after he deemed the original amount insufficient during an onstage discussion.

“With a high-performance blockchain like Solana, there is an unprecedented opportunity to fuse social and crypto in a way that feels like a [Web 2] social product but with the added incentive of empowering users with real ownership,” said Ohanian.

Earlier this month, Ohanian described Facebook’s rebrand to Meta Platforms Inc. as a “masterstroke in distraction.”

The Reddit co-founder said he hoped that the metaverse would be built organically from the bottom-up instead of a “top-down Facebook imposed one.”

“My hope for that future metaverse is it’s not governed by one company but rather of the people and by the people,” he said.