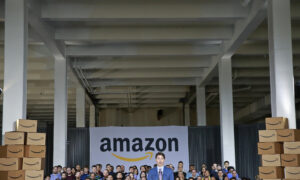 Amazon to Hire 3,500 Workers in BC and Ontario, Expand Their Office Footprint
0 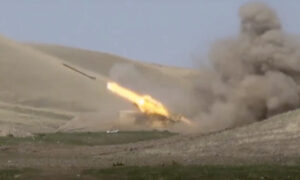 Thai red shirt protest leaders reacted positively on Tuesday to a proposal by the country’s prime minister to hold elections in November.

Thai Prime Minister Abhisit Vejjajiva had made the proposal on Monday, seeking a compromise with the red shirts following eight weeks of protests in the capital, Bangkok, and increased social pressure on the prime minister to end the protests.

Attempts last month by security forces to end the protests led to 27 deaths and over 1,000 people wounded.

Protest leaders say the thousands of protesters will stay put in their barricaded protest ground in central Bangkok until details are worked out.

“We’re staying, but if an agreement could be reached easily and can stand, then I think we will leave soon,” protest leader Weng Tojirakarn told the Associated Press.

The red shirt protesters are loyal to former Thai Prime Minister Thaksin Shinawatra, who was ousted in a military coup in 2006.

The protesters have demanded the current prime minister step down and call new elections.