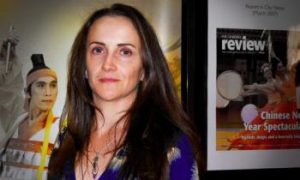 Feng Shui Practitioner: 'It takes you on a journey inward'
0 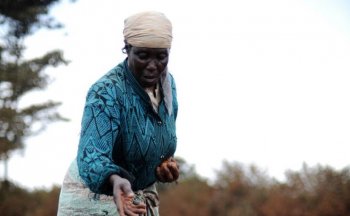 A Kenyan woman throws potato seedlings in a small plot of land. African farmers are among the poorest people in the world, but there are also many success stories that governments and donor organizations can learn from to sew success in the future, accord (Roberto Schmidt/AFP/Getty Images)
Africa

By Andrey Volkov
Print
With nearly a billion people in the world hungry, mostly in Africa and South Asia, some simple prescriptions could help alleviate hunger and poverty in the poorest regions—as well as help donors get a return on their investment.

A report published this week by Worldwatch Institute, “The State of the World 2011: Innovations that Nourish the Planet,” lays out a roadmap for policymakers, governments, and international bodies who seek to curb hunger worldwide, particularly in Sub-Saharan Africa. Africa is home to the planet’s largest reserves of underused land, says Worldwatch. The continent also makes up one-quarter of the world’s undernourished, with farmers constituting 80 percent of that population.

Experts from the Washington-based institute offer detailed, how-to examples of projects that have been successful in helping impoverished farmers meet global challenges such as climate changes and food waste.

The report’s authors hope that global hunger and food security projects such as the Obama administration’s Feed and Future program, or initiatives run by the United Nations, can gain from using the insights contained in their 230-page report and a variety of other resources such as briefing documents, videos, and podcasts.

“The solutions won’t come necessarily from producing more food, but from changing what children eat in schools, how foods are processed and marketed, and what sorts of food businesses we are investing in [in Africa],” says Danielle Nierenberg, a senior researcher with Worldwatch at press conference in New York on Wednesday.

The report warns that Sub-Saharan Africa is facing a soil fertility crisis because soils are severely damaged from overgrazing and drought.

“Harvests were crashing, dropping 15 to 25 percent a year. Most people expect that in five years they will harvest less that half what they get now,” the report says. “Yet they [Africans] are already in desperate straits.”

Agriculture experts suggest scaling up efforts to use green manure (crops planted to add nutrients to the soil) and cover crops that bring other social benefits such as increasing income, reducing costs, and reducing labor.

For example, the Dogon people of Mali in the Sahel, one of the most drought-prone regions in Africa, make use simple green manure and cover crops by planting leguminous trees such as acacias across their fields, then after trimming the plants, they fertilize the fields with the cuttings.

The Dogon farmers using this low-tech solution obtain three times the average harvest of farmers in other Sahel areas, despite rare rainfalls.

As for foreign investment in African farming systems, which has been slowing since the mid-1980s, the report points out that investment in the form of selling land to foreigners amounts to little more than “land grabs.” Often these deals are closed, such as in Ethiopia, with little fanfare, leaving small-scale farmers vulnerable to exploitation.

“Transactions taking place are exploitative, and … the outcome will not be development, but a litany of dire possible consequences: xenophobia, riots, coups, and more hunger,” the report notes, as is already common among many African countries that are still in a state of war.

In contrast, the innovative One Acre Fund works with 23,000 one-acre subsistence farmers in Kenya and Rwanda. The Fund offers in-kind loans of seed and fertilizer, buy-back programs, and training in yield-improving techniques.

In Kenya, famers that harvested five bags of maize off of half an acre of land before joining the program increased their yields to 12–15 bags, the organization reports. Farmers use the extra earnings to feed their families, pay school fees, pay health care expenses, and buy livestock.

These are but a few examples of the hundreds of case studies Worldwatch provides in the hopes that decision-makers at the global level can learn from the successes of farmers on the ground, in the world’s poorest corners.