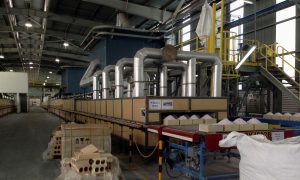 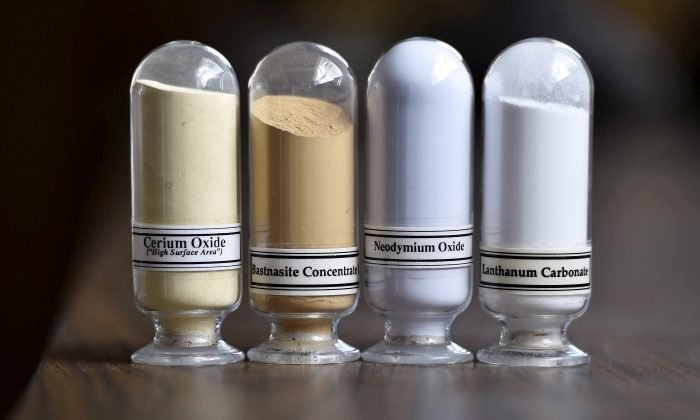 BEIJING—China’s exports of rare earth magnets to the United States rose more than 20 percent in May from the previous month to their highest since at least 2016, data released by the General Administration of Customs showed on June 25, as Beijing considers restricting shipments as part of a long-running trade row.

The most widely used type, prized for their strength, are those made with neodymium, one of the 17 rare earth elements.

Exports to the United States of permanent rare earth magnets, or material that will be turned into permanent magnets, came in at 430,961 kg, or around 475 tons last month, the customs data showed. That was up 21.5 percent from April and up 4.4 percent from May 2018.

It was also the highest monthly export figure on customs database records going back to January 2017.

Ryan Castilloux, managing director of consultancy Adamas Intelligence, said big fluctuations in the export numbers were normal, however. “I wouldn’t doubt that some of it is stockpiling but there’s nothing definitive there to point us in that direction,” he said.

Another key rare earth for the United States is lanthanum, which is used in the oil refining industry. Exports of lanthanum oxide stood at 588 tons in May, the customs data showed. That was up 59.4 percent from April and up 14.1 percent year-on-year.

Exports of lanthanum carbonate, meanwhile, were at 441 tons, down 64.3 percent from April but more than double the 217 tons exported in May 2018.

China’s overall rare earth exports, which can fluctuate wildly, fell by 16 percent in May from the previous month, according to data released earlier in June.

The Department of Commerce published a 50-page report on June 4 that included 61 recommendations, including measures to boost domestic production, in order to reduce the country’s dependence on imports, mostly from China.

China supplied 80 percent of the rare earths imported by the United States from 2014 to 2017. It has a near-monopoly on global rare earths production.

The report was released a day after the Chinese regime’s planning body said it was considering proposals to establish export controls on rare earths.

Since the breakdown of U.S.–China trade talks in May, a visit by Chinese leader Xi Jinping to a Chinese rare earth company, coupled with recent commentaries in state-run media, has fueled speculation that the regime may retaliate against the recent U.S. tariff hike and export ban on Chinese telecom giant Huawei by halting exports of rare earths to the United States.

Experts, however, have warned that such an option would harm the Chinese economy and backfire on the regime.

By Tom Daly. Epoch Times reporter Cathy He contributed to this report.