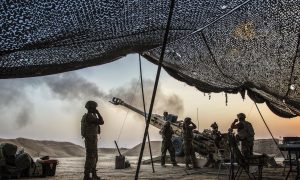 US and Coalition Forces Making Strong Gains Against ISIS
0 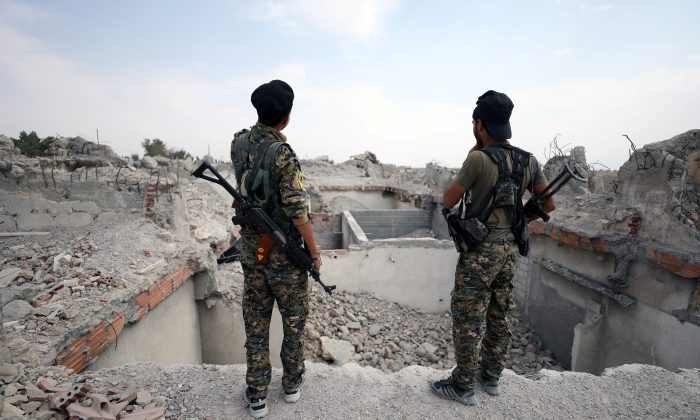 BEIRUT—The U.S.-backed Syrian Democratic Forces (SDF) said on Wednesday its campaign to capture Raqqa from the ISIS terrorist group was in its final stages and its fighters had seized 80 percent of the city.

In its fight against a separate operation waged by the Syrian army and its allies, ISIS has collapsed along the west bank of the Euphrates downstream of Raqqa, the Syrian Observatory for Human Rights said on Wednesday.

ISIS has lost swathes of territory in Syria this year, attacked from the north by the SDF and from the west by the Syrian army, which has pushed it back across the desert to its last strongholds in the Euphrates valley.

The SDF, an alliance of Kurdish and Arab militias, launched its offensive on the jihadist group in Raqqa city in June, backed by U.S.-led air strikes and special forces on the ground. The city had served as ISIS’s de facto capital in Syria.

In a statement on Wednesday, the SDF said it had opened a new front against ISIS on the northern edge of Raqqa. This was “a feature of the final stages of the Euphrates Wrath campaign, which is nearing its end”.

“We can say that 80 percent of the city of Raqqa has been liberated,” the statement said.

An SDF media official said the main obstacles facing the alliance in Raqqa are avoiding civilian casualties and a high concentration of mines. He estimated that 700 to 1,000 ISIS terrorists remain in the city.

The Syrian Observatory for Human Rights said on Wednesday that ISIS now controls only 5 percent of the city and its remaining militants there have nearly run out of food and munitions.

In Deir al-Zor province of eastern Syria, ISIS is battling two separate offensives, launched by the SDF on one side and the Syrian army and its allies on the other.

The Syrian army, backed by Russian and Syrian war planes, has captured about 160 miles of the west bank of the Euphrates this month, reaching Raqqa provincial border on Wednesday, the Observatory reported. Syrian troops also crossed to the eastern side of the river on Monday.

The SDF’s advances have been on the eastern bank of the river.

The convergence of the two rival offensives has increased tensions in Deir al-Zor. The U.S.-backed militia on Monday warned against any further Syrian army advances on the eastern riverbank.

On Tuesday, Russia’s Defense Ministry said the Euphrates had risen as soon as the Syrian army began crossing it. The only way that could have happened was if upstream dams held by the U.S.-backed opposition had been opened, it said.

A fire at a major gas field known as Conoco raged through Tuesday night and into Wednesday, the Observatory said, after Syrian state media reported that the army was advancing toward it. Islamic State had fled the area, the Observatory added.

The hardline terrorists lost their main stronghold in Iraq, the city of Mosul, in July to Western-backed Iraqi forces.