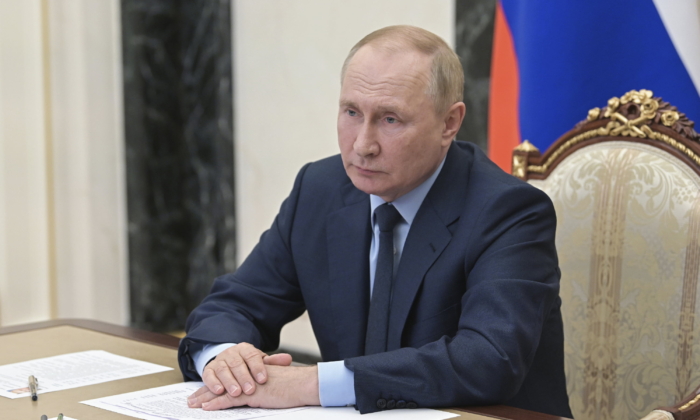 Putin Orders Russian Military to Beef Up Forces by 137,000

MOSCOW—Russian President Vladimir Putin on Thursday ordered the Russian military to increase the number of troops by 137,000 to a total of 1.15 million amid Moscow’s military action in Ukraine.

Putin’s decree, which takes effect on Jan. 1, didn’t specify whether the military will beef up its ranks by drafting a bigger number of conscripts, increasing the number of volunteer soldiers, or using a combination of both.

The Kremlin has said that only volunteer contract soldiers take part in what it calls the “special military operation” in Ukraine, rejecting claims that it was pondering a mobilization.

All Russian men aged 18–27 must serve one year in the military, but a large share avoid the draft for health reasons or deferments granted to university students. The share of men who avoid the draft is particularly big in Moscow and other major cities.

The Russian military rounds up draftees twice a year, starting April 1 and Oct. 1. Putin ordered the drafting of 134,500 conscripts during the latest spring draft earlier this year and 127,500 last fall.

In recent years, the Kremlin has emphasized increasing the share of volunteer contract soldiers as it sought to modernize the army and improve its capability. Before the Kremlin sent troops into Ukraine on Feb. 24, the Russian military had over 400,000 contract soldiers, including about 147,000 in the ground forces. The number of conscripts has been estimated at around 270,000, and officers and non-commissioned officers have accounted for the rest.

Military analysts say if the campaign in Ukraine drags on, those numbers could be clearly insufficient to sustain the operations in Ukraine.

A Russian military expert, Alexei Leonkov, said the authorities wouldn’t expand the draft and would increase the number of troops by hiring more contract soldiers.

“The new military equipment has become more complex, and people operating it need training for at least three years,” Leonkov was quoted as saying by the state RIA Novosti news agency. “A draft won’t help that, so there will be no increase in the number of draftees.”